Hasin Jahan is feeling insecure while going somewhere due to a massive number of threats and abuses she has been receiving on the social media.

Kolkata: India pacer Mohammed Shami‘s wife Hasin Jahan, who lodged a case against her husband for domestic violence and accused him of multiple extramarital affairs, on Tuesday sought personal security from Kolkata Police. Jahan claimed she was at the receiving end of constant abuses and threats through social media accounts since her differences with Shami became public and sought West Bengal Chief Minister Mamata Banerjee’s “support” on the issue.

“She is feeling insecure while going somewhere due to a massive number of threats and abuses she has been receiving on the social media. The accounts may or may not be fake. On Tuesday, she went to Kolkata Police headquarters Lalbazar and asked for personal security as she is feeling extremely insecure while going somewhere,” her lawyer Zakir Hussain told IANS. Jahan also wants emotional support from hon’ble Chief Minister on the issue. She has high regards for her since the Chief Minister herself is a woman with a great heart. So, she said she would be really happy if she can meet her (Banerjee) and tell her about the entire issue,” he said.

Hussain said his client is quite happy with police proceedings in the case so far. A case was registered against Shami and four others on March 8 on charges of attempt to murder, rape, criminal intimidation, and causing hurt by means of poison after Jahan accused him of multiple extramarital affairs and domestic violence. She also accused the cricketer and his family of physical and mental torture.

Shami, who hails from Uttar Pradesh but represents Bengal in domestic tournaments, has denied the allegations, saying it was an attempt to derail his cricketing career.

The pacer found himself out of the Board of Control for Cricket in India 26-member annual contract system, which saw the addition of a new category. 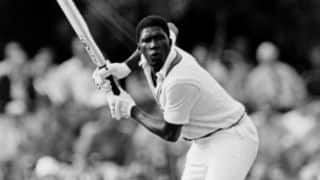 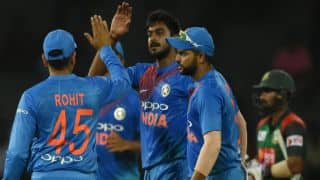