MS Dhoni will lead the side in the tournament as usual, with Virat Kohli set to return after missing out on the Sri Lanka series.

India announced their squad for the upcoming Asia Cup 2016, with Mohammed Shami returning to the side for time since the ICC Cricket World Cup 2015. The Board of Control for Cricket in India (BCCI) secretary Anurag Thakur made the announcement at an event in New Delhi, with MS Dhoni being selected as the skipper of the squads for both the Asia Cup as well as the ICC World T20 2016. The squad also features the likes of Virat Kohli, who will be missing out on the upcoming T20I series against Sri Lanka, as well as Jasprit Bumrah. Pacers such as Bhuvneshwar Kumar, Ishant Sharma and Umesh Yadav have been left out of either squads. India will be looking to clinch their second ICC World T20 title, with the ‘Men in Blue’ hosting the event that is to take place during March-April this year. READ: Hardik Pandya, Pawan Negi included as India announce ICC World T20 2016 squad

Bangladesh will host the 13th edition of the Asia Cup, which will also be the first to take place in Twenty20 International (T20I) format. The upcoming event will also be the first time that the tournament will host a qualifying round, with the likes of Hong Kong, UAE, Afghanistan and Nepal playing a qualifying round for a sole spot alongside the four Test-playing heavyweights India, Bangladesh, Pakistan and Sri Lanka. India and Sri Lanka have won the most number of titles, having lifted the trophy five times each, with Pakistan winning it in 2000 and 2012. Interestingly, India and Sri Lanka have faced off eight times in the final of the tournament. Bangladesh have hosted the last two editions of the tournament. 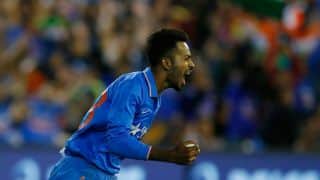