Speculation is rife that former cricketer Mohinder Amarnath may be replaced by Roger Binny as a selector and may lose out on becoming the chairman of the national selection committee apparently following differences with incumbent chairman K Srikkanth. 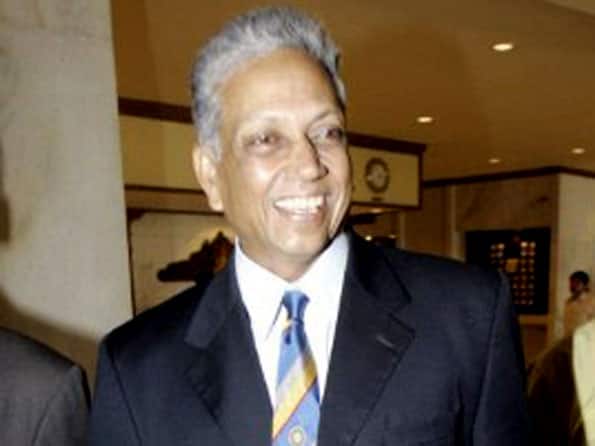 Speculation is rife that former cricketer Mohinder Amarnath may be replaced by Roger Binny as a selector and may lose out on becoming the chairman of the national selection committee apparently following differences with incumbent chairman K Srikkanth.

Though no BCCI official is willing to come on record, it is reliably learnt that Amarnath may not get an extension in the committee following differences with Srikkanth on captaincy and selection issues.

Amarnath, who played for India in 69 Tests and 85 ODIs, joined the committee last year amid indications that he would take over from Srikkanth as the chairman when his tenure comes to an end in September this year.

However, instead of Amarnath, another former cricketer Roger Binny’s name is now doing the rounds as the next chairman of the selection committee.

A top BCCI source said that Amarnath did not appear to be on the same page with Srikkanth and some other selectors, particularly on the captaincy issue. He is said to be keen on replacing Mahendra Singh Dhoni as the Test captain following the debacle in England and Australia last year.

Amarnath, on his part, sought to scotch speculation over his differences with fellow selectors amid indications that he may be axed from the five-member panel during the Board’s upcoming AGM scheduled on September 14.

“I have had no problems in selection matters. I have absolutely no knowledge of speculation about my future in selection committee. I can tell you that there are certain things which are personal and should be kept that way,” Amarnath told PTI.

When specifically asked on Amarnath’s differences with selectors and BCCI, a top Board official said on condition of anonimity that selection matters are not brought out in public domain.”We have no comments to make on such issues”, he said.

When DDCA general secretary Sneh Bansal was contacted, he said, “I can confirm that DDCA never had any issues with Mr Amarnath. Now, if at all, he is not in the selection panel, then one first needs to figure out whether he is being compelled or he himself is not keen on continuing.”

The name that is doing rounds in case Amarnath is replaced is that of former India opener Chetan Chauhan.

If the Amarnath puzzle has kept the North zone states interested, the selectorial battle in East Zone is no less intriguing.

While former India glovesman Deep Dasgupta is still a front-runner, there are some decks that needs to be cleared before the 35-year-old player could be inducted into the panel.

Dasgupta’s closest rival at this point of time is a little-known former all-rounder Arup Bhattacharya.

While former Bengal captain Dasgupta has played 8 Tests and five ODIs apart from 83 first-class games, Bhattacharya has played only 48 first-class matches and is not even a big name in Bengal cricketing fraternity.

But what can work in favour of Bhattacharya is his political connection. Bhattacharya is the brother-in-law of West Bengal’s Urban development and municipal affairs minister Firhad Hakim and is expected to have a solid support from that end.

“Last year, when there were talks about Raja Venkat not getting an extension, Bhattacharya’s name strongly came up and then CAB top brass decided that it is better to allow Venkat get the one-year extension than let Bhattacharya get the nod,” a senior Cricket Association of Bengal official informed.

In all likelihood, Bhattacharya’s name will again come up but Dasgupta who is currently the chairman of state selection committee is considered to be a more acceptable face.

The third candidate was Devang Gandhi but his appointment as Bengal ‘A’ coach for the season has put him in the backseat for the time being.

The toughest choice will be from Central Zone where Rajasthan Cricket Association with their new found confidence of having won back-to-back Ranji titles want their man in the panel.

However lack of players with stature has been Rajasthan’s main problem while Uttar Pradesh’s Gyanendra Pandey who had a good chance to become the selector has now fallen behind.

It is learnt that senior BCCI officials are miffed in the manner Pandey has tried to put up a case for himself through some influential channels in Indian cricket.

The two names that are doing rounds from Central Zone are that of UP’s keeper-batsman Sunil Chaturvedi and left-arm spinner Rajinder Singh Hans both of whom have good first-class records.

The selection drama was aptly summed up by a senior BCCI office-bearer.

“Since the selectors are now getting a fantastic package (Rs 40 lakh per annum for chairman while Rs 25 lakh each for others, foreign tours with national team), the competition is much more stiffer than days when it used to be a voluntary job,” he concluded. (PTI)