Mohun Bagan have defeated Tollygunje Agragami in the final of JC Mukherjee Trophy 2016.

Mohun Bagan have become the champions of JC Mukherjee Trophy 2016. They defeated Tollygunje Agragami by 9 wickets in the final. Tollygunje won the toss and elected to bat first. They could score only 124 for the loss of eight wickets in their allotted 20 overs. Amitava Chakraborty top scored for them with 43 runs. For Bagan, Jyojit Basu took 4 wickets. They chased down the total in just 47 balls. Vivek Singh top scored for them with his 21-ball knock of 72 runs. He hit eight fours and six shots which dispatched the ball outside the ground in his innings. ALSO READ: When 20-year-old Virat Kohli shone for Mohun Bagan

Vivek was awarded Man of the Match. He was quoted by xtratime.in saying after Mohun Bagan’s victory, “We were confident of doing well in the final as we were a better team. I would like to credit Wriddhi for my knock as he was continuously backing me to play shots from the other end.” Talking of the semi-final match, Bagan beat Sporting Union comprehensively by 83 runs. Wriddhiman Saha had scored 73 runs for them helping them post 187 for 6. In reply, Union were bowled out for a paltry 104 with eight balls to spare. ALSO READ: Wriddhiman Saha replicates IPL 7 final heroics with a smashing ton in J.C.Mukherjee Trophy

Wriddhiman Saha was happy on the successful conduct of the matches in the trophy, “It was lovely to see such an atmosphere for local cricket. It was more like what we used to see during IPL matches. All credit should go to Dada [Sourav Ganguly] for making the JC Mukherjee matches entertaining.” 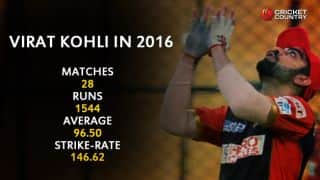 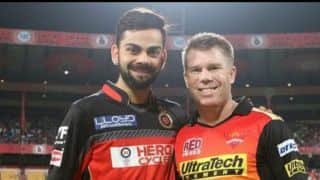