Insisting that stripping him of the captaincy won't do any good, Pakistan cricket team manager Moin Khan instead said the Test and one-day skipper Misbah-ul-Haq should change his approach. 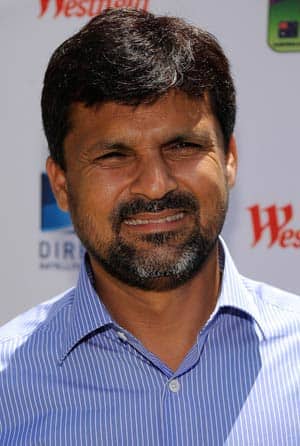 Insisting that stripping him of the captaincy won’t do any good, Pakistan cricket team manager Moin Khan instead said the Test and one-day skipper Misbah-ul-Haq should change his approach.

Former Test captain Moin met the caretaker chairman of the Pakistan Cricket Board (PCB) Najam Sethi in Lahore and submitted his report of Pakistan’s recent tour to Zimbabwe.

“I don’t think making changes all the time is good for our cricket. What needs to be done is to change Misbah’s approach,” Moin said.

Misbah and head coach Dav Whatmore came under fire after Pakistan lost the second Test to a lowly-ranked Zimbabwe to level the two-match series 1-1.

Pakistan had also lost a game in the three-match ODI series earlier on the tour.

Moin, however, indicated that there were no intentions of changing Misbah or Whatmore for the forthcoming series against South Africa despite the hue and cry raised after the national team’s disastrous performance in Zimbabwe.

Moin said Misbah was ready to made amends.

“I’ve spoken to Misbah and he is positive about bringing an improvement,” Moin, who captained Pakistan in 13 Tests and 34 ODIs, said.

Misbah has so far maintained silence on his future as captain and is scheduled to return home from India as his side Faisalabad Wolves failed to qualify for the main round of the Champions League Twenty20 2013 tournament.

Misbah had flown straight to India from Harare after Pakistan had lost the second Test.

An official in the Board, meanwhile, said Moin had been critical of the way Misbah and Whatmore had handled the team in Zimbabwe in his report submitted to the PCB.

“Moin, in his report, has made it clear he felt Misbah and Whatmore failed to lift the team and the performances in a series that Pakistan should have won easily but ended in a draw,” the official said.

He also said that the former wicketkeeper-batsman had suggested the board to start looking for separate captains for three formats of the game.

“Moin has also suggested to the PCB to select new players into the side and look at separate captains for the T20, ODI and Test formats,”

Whatmore, who has been severely criticised by former players and experts, is yet to submit his tour report to the board.

Pakistan are more focused on having bilateral series with India: Najam Sethi

Ijaz Ahmed: One of the cleanest strikers of the ball and mainstay of Pakistan’s ODI batting line-up