Dhoni also asked him not to worry even if the number of coronavirus cases goes up.

With less than three weeks to go for the Indian Premier League, Chennai Super Kings find themselves in all sorts of problems – with two players and 13 support staff members contracting the coronavirus – and to make things worse ace batsman Suresh Raina pulling out of the tournament – but skipper MS Dhoni seems to be unfazed by all that.

“I spoke to MS(Dhoni) and he has assured me that even if the numbers go up, there was nothing to worry. He spoke to the players through a zoom call and asked them to remain safe,” N Srinivasan told Outlook.

“I have got a solid captain. Dhoni is simply unfazed by anything. That is giving everyone in the team a lot of confidence,” Srinivasan further added.

Meanwhile, former KKR skipper Gautam Gambhir suggested that in the absence of Raina, Dhoni should promote himself at No 3 as he will then allow himself to get more balls to face as he has been away from the game, that will help.

“It will be a good opportunity for MS Dhoni to come and bat at No. 3. And he has been away from the game for the last one year, so he would end up getting a lot more balls to face and then he can actually play the anchor innings as well which he has been doing for India for the last couple of years,” Gambhir said on the Cricket Connected Show on Star Sports.

IPL 13 is scheduled to start from September 19, but the fixtures are not announced as yet. It is reported that the announcement has been deferred due to the spike in cases in Abu Dhabi.

IPL 2020 Suspended After Coronavirus Hits CSK? Here is The Truth 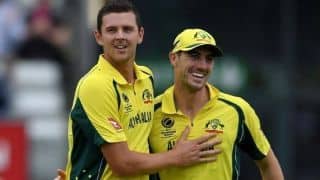