Ashish Nehra was awarded the Man of the Match for his match winning spell.

“You have to hold on to your nerves,” said Dhoni after Chennai eked out a one-run win over Delhi in a last-over thriller at the MA Chidambaram Stadium. “I thought the last one was in the slot, and Bravo won’t be happy with the ball he bowled, but it is good to win close games,” he added referring to the last over bowled by Dwayne Bravo which yielded 17 runs.

“Nehra is good, at times he is prone to injuries, but he backs himself, which is good for a fast bowler. It is good to see him the way he bowls. He has kept himself fit. He is one Indian pace who bowls pace effortlessly.”

With this win, Chennai opened their IPL-8 campaign on a positive note and Dhoni said, “It was important to win because this was our first match here in a long time. Not just for us, but for the crowd, because they appreciate opposition too. A crowd you want to do well in front of,” he said.

Ashish Nehra, who was awarded the Man of the Match, said his team should have posted a bigger total. “The way we started we were definitely 15-20 short,” said Nehra, who returned with figures of 4-0-25-3. “In T20 games every run is important. You can see the score so that run-out was important. A good start. These two points will count in the end. These are the games you want to win,” he added.

Losing a match after coming so close, Delhi Daredevils skipper JP Duminy described it as an unbelievable game and said his team will take a lot of positive from their opening tie. “Unbelievable,” said Duminy. “Game of small margins. Proud of the boys. We will take a lot of learning out today. We just kept saying the gameplan is to keep taking wickets. They came hard at us, but we kept taking wickets. Feeling very good. Obviously we would have liked to win, but still a long time to go. A lot of learnings here.” 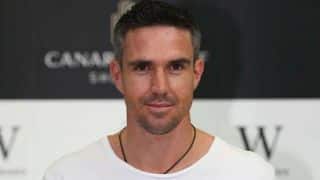 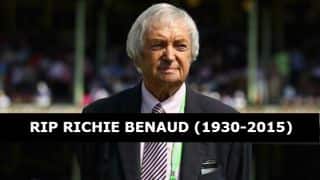