MS Dhoni and Suresh Raina to play for different franchises for the very first time.

MS Dhoni, Ravichandran Ashwin, Ajinkya Rahane, Steven Smith and Faf du Plessis were picked by Team Pune during the IPL 2016 draft in Mumbai. Sanjiv Goenka’s group New Rising won the bid for the Team Pune which is one of the two franchises that are set to replace the suspended franchises Chennai Super Kings (CSK) and Rajasthan Royals (RR). A total of 10 players, five each from both the suspended teams, went through the draft system, leaving the rest of the players to go under the hammer in February for the final auction before IPL9 kicks off in April. READ: Suresh Raina, Ravindra Jadeja, Brendon McCullum among players picked by Rajkot franchise for IPL 2016

It is for the first time Dhoni, Suresh Raina and Ashwin will be playing for a different franchise and more over the contest gets heated as Dhoni and Raina will be competing against each other for the very first time in the IPL. With this draft for the IPL9, Virat Kohli and Harbhajan Singh are the only two players in the T20 league to play for one franchise in all the editions.

The bidding process for the two new franchises was necessitated by the suspension of Chennai Super Kings and Rajasthan Royals for the involvement of some of their officials and co-owners in the 2013 IPL spot-fixing scandal, which was probed by the Supreme Court-appointed Justice R M Lodha committee. However, both the CSK and RR will be allowed back in the league after serving out their suspension.

The next edition of the Twenty20 league will be held from April 9 to May 29. 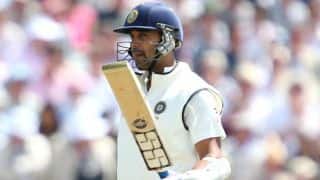 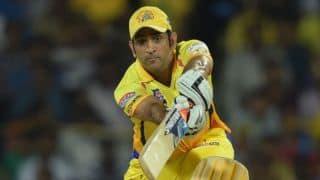