The Choti Diwali (Diwali eve) was all about Amit Mishra's fireworks at Visakhapatnam for Team India, who pulled off a 190-run victory against New Zealand to pocket the series 3-2.

The Choti Diwali (Diwali eve) was all about Amit Mishra’s fireworks at Visakhapatnam for Team India, who pulled off a 190-run victory against New Zealand to pocket the series 3-2. Things cannot getbetter, when you bag an ODI series against a quality opposition just ahead of Diwali. Mishra claimed a five-for which won him the Man of the Match and Player of the Series awards. It was early Diwali for the side and of course, well deserved. An early finish must have allowed them to spend more time with their family for the auspicious festival. India’s limited-overs skipper MS Dhoni definitely made the most of it. ALSO READ: Cricket fraternity wish Happy Diwali

Dhoni’s wife Sakshi uploaded some adorable photographs on her Instagram account. The Captain Cool, who retired from Tests in end of 2014, is on a long break and will resume duties next year when India take on England in limited-overs games. It is good to see Dhoni make most of the time. The ODI series was quite stressful and prior to that he was occupied with the promotion of his biopic, MS Dhoni: The Untold Story. The Neeraj Pandey directed film, which starred Sushant Singh Rajput in the lead received positive reviews. Here are the pictures shared by Mrs Dhoni:

Earlier, Indian cricketers had shared their wishes on social media and they especially wished the armed forces for their contribution to this nation. Even the foreign players did not miss their celebrations on the Festival of Lights. While Dale Steyn dined with his teammates at an Indian joint at Perth, West Indian all-rounder Kieron Pollard also celebrated the festival by having his house lit and children dressed in Indian attire. 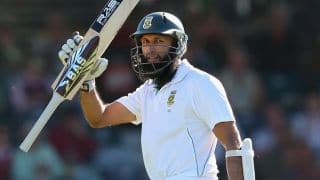