But as a result of the fire in the Jharkhand team's hotel, the second semi-final against Bengal has been rescheduled on Saturday.

Fire broke out in the hotel where the Jharkhand side stayed on Friday early morning. The MS Dhoni-led side were supposed to face Bengal in the second semi-final of the Vijay Hazare Trophy 2016-17 at Palam. But as a result of the fire, the match has been rescheduled on Saturday. The final, which was to be held on Sunday, has been postponed to Monday. While the Jharkhand players were trying to fend off the fire and escape unhurt, their skipper MS Dhoni remained cool in the situation and in fact sent his players a text message, asking them to stay calm. READ: BCCI announce new schedule for Vijay Hazare Trophy 2016-17 semi-final, final

Amidst this chaos, Dhoni sent out a message to all his players, asking them not to worry. Dhoni, known to keep a cool head on the field, has certainly managed to do so even in a situation like this. Even Mahi bhai was unable to come out of his room. We really did not know what to do. I have never seen such a thing before, said Kishan. Even as we came out of the rooms, we could not see anything. Everything was dark. We had to leave all our gears behind, he added. 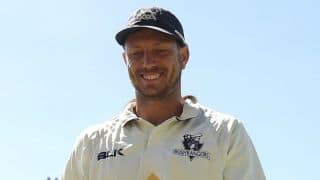 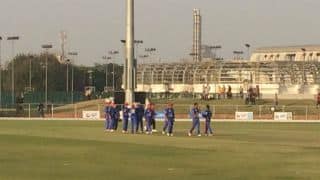