Both Sushant Singh Rajput and MS Dhoni share a similar history of struggle and have made big in the city after coming from a small town.

Mumbai: “MS Dhoni: The Untold Story“, which has hit the screens on Friday, has garnered positive reviews from critics and viewers, while Dhoni himself is stunned the way Sushant Singh Rajput has pulled of the role. “Sushant is exceptional, he has totally imitated me the way I talk, the way I walk, he has copied everything, that’s the beauty of it. When we talk about cricket specifically, he has practiced for 9 months, for two to two and a half hours everyday, in fact now he can even participate as a cricketer, in between where there is off season for movies, he can go and play a lot of leagues,” Dhoni said at an event. Both Sushant and Dhoni share a similar history of struggle and have made big in the city after coming from a small town.

In fact, it was Dhoni who had recommended Sushant’s name to the makers in the first place. “MS Dhoni: The Untold Story” also stars Anupam Kher, Bhumika Chawla, Rajesh Sharma and Kiara Advani. According to reports, IMGC Global Entertainment, a Pakistan-based distribution company has backed out of releasing MS Dhoni’s biopic in Pakistan. The company’s chairman was quoted as saying, “Amid current tension between the two countries, we have decided not to release the film.” Because Pakistan is the third largest overseas market for Bollywood, the ban is expected to affect the biopic’s box office earnings.

The movie hasn’t been listed in the to-be-released list of movies in the country. Dhoni’s biopic were to his the theaters across the world on Friday. 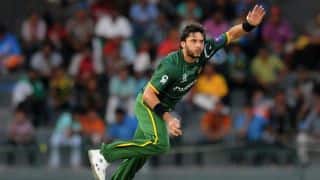 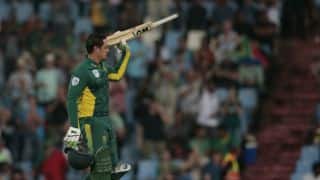