Virat Kohli to lead India in the fourth and final Test against Australia at Sydney.

Mahendra Singh Dhoni has announced retirement from Test cricket with immediate effect, as Virat Kohli will be taking over the charge, starting the fourth Test at Sydney against Australia. With his retirement from Tests, Dhoni will be concentrating on the career in limited-overs’ format.

The Board of Control for Cricket in India (BCCI) informed on Twitter that Dhoni will be retiring from the longest format with immediate effect, with Kohli taking over the charge as the skipper. Kohli will now lead India in their fourth Test at Sydney against Australia starting January 6, 2015.

Dhoni played 90 Tests for India, scoring 4,876 runs at an average of 38.09. He scored six centuries and 33 half-centuries. His career highest was 224 against Australia at Chennai in 2013, a series wherein India blanked the tourists 4-0 to register a historic win.  Dhoni led India in 60 Tests, in which India won 27 and lost 18 games. India drew 15 Tests under Dhoni’s leadership. As captain, Dhoni had a win percentage of 45, which is the highest among any cricketer to have captained India.

The Indian captain was critical of his team after the conclusion of the third Test against Australia of the ongoing Border-Gavaskar Trophy at the Melbourne Cricket Ground (MCG) on Tuesday. The match came to a draw as India managed to hold on to their nerves at a score of 174 for six while chasing a 384-run target.

“Virat Kohli will be the captain of the Indian Team for the Fourth and Final Test against Australia to be played in Sydney from the 6th of January 2015,” the BCCI stated.

Dhoni was on the receiving end on most of the occasions since 2011, as Indian Test side went through lot of changes as well as string of losses. They were defeated by England and Australia that year, and since then they have lost series in South Africa (2013-14), New Zealand (2014) and Australia (2014-15).

On the day Dhoni retired, he created history by becoming the first Indian skipper to score 10,000 international runs as a captain.

Dhoni, who missed the first Test of the ongoing series in Australia, was also in news recently for his name being mentioned in the Justice Mukul Mudgal Commission report on the IPL 2013 spot-fixing scandal.

“We have found ways to trouble ourselves. We get partnerships but lose wickets in heaps. We need to carry the momentum,” Dhoni was quoted as saying at the post-match presentation while talking about the errors that the visiting side had committed in the Test.

Dhoni however was all praise for Virat Kohli and Ajinkya Rahane, who scored 169 and 147 respectively during India’s first innings and shared a massive 262-run stand for the fourth wicket. “Fantastic display of batting by Rahane and Kohli. Once you are set and have scored a ton, it is important to build on it,” added Dhoni. 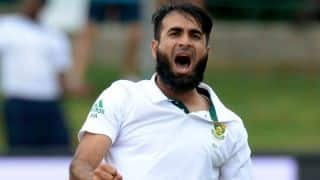