Venkatesh Prasad has been appointed as the new Chairman of Indian selectors, while Ajay Shirke has been retained as the secretary of the BCCI.

Former Indian wicketkeeper-batsman MSK Prasad has been appointed as the new Chairman of Indian selectors, in the newly formed selection panel by the BCCI, while Ajay Shirke has been retained as the secretary of the BCCI, in the 87th Annual General Meeting (AGM) held by the BCCI on Tuesday. Earlier on Tuesday, it was reported by the BCCI that only one nomination had been received for the post of secretary for the board, and it was in the form of Shirke again, as on Wednesday morning, the board retained Shirke for the post, while unanimously announced MSK Prasad as the Chairman for the new selection panel for Team India.

It is expected that MSK Prasad and Gagan Khoda, the two current selectors, who have just completed one year are expected to be retained in the senior selection committee. So effectively, three senior selectors could land the plum job with a fat pay package and lot of additional perks. The 47-year-old seamer Prasad, who is currently the chairman of the junior selection committee, has the best credentials among the criteria’s set by the BCCI having played 33 Tests and 161 ODIs. He has been a bowling coach for India, chief coach of India U-19s, junior national selector as well as chief coach of various state teams, reported PTI.

Earlier, PTI reported that current secretary Ajay Shirke is all set to be elected unopposed at the 87th Annual General Meeting of the BCCI scheduled to be held on Wednesday. In-fact a senior BCCI functionary confirmed that Shirke’s was the only nomination for the secretary’s post. BCCI to back N Srinivasan as ICC representative?

Shirke became the secretary in July after Anurag Thakur was elevated as the president with Shashank Manohar opting to quit BCCI for the ICC chairmanship. Shirke is the supremo of the Maharashtra Cricket Association and known to be close to former BCCI and ICC president Sharad Pawar. 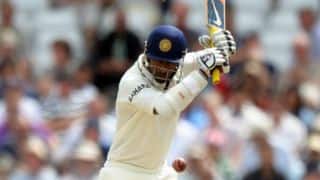