Catch all the live action between Mumbai Indians and Kings XI Punjab in Match 43 of Indian Premier League.

Mumbai Indians (MI) will lock horns with Kings XI Punjab (KXIP) in Match 43 of Indian Premier League (IPL) 2016 at Visakhapatnam. In the previous contest between these two teams, MI edged past KXIP by 25 runs, thanks to Parthiv Patel’s 58-ball 81. However, KXIP are at the bottom of the table and their chances of qualifying for the Playoffs seem bleak. A defeat from here will put them out of the tournament. MI, on the other hand, are placed at No. 5 and will jump at No. 3 if they manage to thump KKR. Catch live score updates and ball-by-ball commentary of this cracker of a contest. Full Cricket Scorecard: Mumbai Indians vs Kings XI Punjab, IPL 2016 Match 43 at Visakhapatnam

MI captain Rohit Sharma has been in the peak of his form and played a pivotal role in MI’s every win. However, he hasn’t been at his destructive best every time MI batted first. Hence, like the trend the modern-day captains follow, he’ll chose to bowl first. On the other hand, KXIP captain Murali Vijay has scored 175 runs in the last 4 matches he captained KXIP, and is also the highest run-scorer for the team. Full Cricket Blog: Mumbai Indians vs Kings XI Punjab, IPL 2016 Match 43 at Visakhapatnam

MI have a better team composition than KXIP. Be it the top order or the pace attack, MI have been going great guns in all the departments. However, their hot-and-cold performance is a spot of bother for the head coach Ricky Ponting. They have lost 6 out of 11 matches and have imploded in the contests they deserved to win. Hence, they’ll be itching to register a win tonight to stay ahead in the Playoffs race.

KXIP, on the other hand, have finally found the team composition they were looking for. Though their chances seem remote, it will be unfair to write them off. 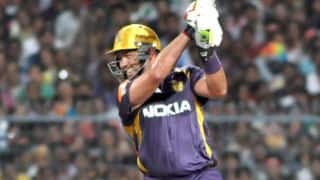