The duo have reportedly "breached the clause" for the centrally contracted cricketers which states that no player can speak about a just-concluded tour for 30 days.

Murali Vijay and Karun Nair, who were part of India s England tour, and spoke out in open about lack of communication from the selectors over their non-selection and axing, respectively, during the tour may be in in for further trouble as the duo have allegedly “breached the clause” for the centrally contracted cricketers.

As per a report in PTI, BCCI will be seeking an explanation from Nair and Vijay about their comments on the “communication policy” of the MSK Prasad-led national selection committee.

The report further adds that the duo have “breached the clause” for the centrally contracted cricketers which states that no player can speak about a just-concluded tour for 30 days.

“Vijay and Karun didn’t exactly do the right thing by speaking on selection policy. That is a breach of central contract. As per central contract, no player can speak about a just-concluded tour for 30 days. There is a COA meeting in Hyderabad on October 11 and this issue will be raised there,” a senior BCCI official told PTI on condition of anonymity.

While Vijay openly said that there was no communication from selectors after he was dropped in England, Nair had only said that he can do is accept the fate and keep on performing. 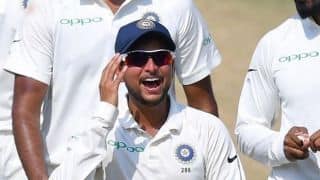 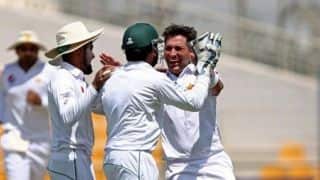 Pakistan vs Australia: I have a target of 20 wickets against Australia, says Yasir Shah