Bangladesh‘s impressive debutante fast-bowler, Mustafizur Rahman, who claimed five-wickets in the 1st ODI against India at Mirpur, Dhaka on Thursday, has said that he considers Pakistan’s fast-bowler, Mohammad Aamer as his idol and has inspired him to become a perfect fast-bowler. Mashrafe Mortaza: Revenge shouldn’t exist in sports

He claimed five for 50 against India, and after the match he claimed that Aamer was an inspiration for him to drive him to claim the five-wicket haul on Thursday. “I wanted to perform well on debut. I know only a few have taken five on debut, but all I wanted was to do well against India,” hw said, according to crictracker.com. Mashrafe Bin Mortaza claims including Mustafizur Rahman in playing XI was bold move

“Mohammad Amir is my idol, I just follow the bowling of Mohammad Amir. His spot-fixing allegations don’t bother me,” he added. Bangladesh fans jubilant following win over India in 1st ODI

Earlier, Bangladesh skipper, Mashrafe Bin Mortaza had said the decision to include pacer Mustafizur Rahman in the team for the first One-Day International (ODI) against India was a bold one. “I can’t ask for more. Mustafizur was not a surprise for us. We know he can destroy any batsman,” he said. Mushfiqur Rahim take five catches against India at Mirpur, becomes first Bangladeshi to do so Jos Buttler to miss out New Zealand T20, but on course for Ashes 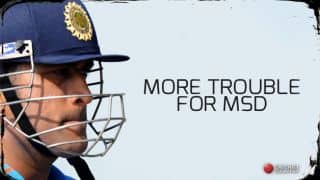