My brother you are the most honest and committed man I know: Virat Kohli comes out in support of AB de Vil
By CricketCountry Staff

Indian captain Virat Kohli came out in support for his friend and IPL teammate AB de Villiers, after the later clarified on Instagram on the issue of his pushing a case to play in the 2019 ICC Cricket World Cup 2019 for South Africa, even after announcing his retirement an year earlier.

De Villiers was in the eye of the storm during SA’s World Cup campaign after a leaked private conversation revealed that the former SA skipper got in touch with current skipper Faf du Plessis and coach Ottis Gibson, a day before team’s final 15 for the World Cup was to be announced, asking if he could make a return. ALSO READ: Made no demands, did not try to force my way into South Africa s World Cup squad: AB de Villiers

However, with SA’s campaign ending on a disappointing note, de Villiers has now denied that he made any demand to be included in the national squad for the ICC Cricket World Cup 2019 in England and Wales, with long lost on his social media platforms. ALSO READ: Not considering de Villiers comeback offer was based on being fair to the team: SA selection panel convenor

In reply, Kohli, on de Villiers Instagram account, showed support, ABD is the most honest person he knows and seeing people enter his personal space has been sad.

Kohli wrote,”My brother you are the most honest and committed man I know. It’s been unfortunate to see this happen to you. But know that we stand with you and believe in you. Seing people enter your personal space has been sad to see and uncalled for.More love and power to you and your beautiful family. Me and anushka are Always here for you guys

Earlier, de Villiers, who retired from international cricket in May 2018, said that he had been asked at the time if he would be available if South Africa needed him for the World Cup.

He had said that he would be and had repeated the same during a private conversation with Proteas captain Faf du Plessis during the 2019 edition of the Indian Premier League.

Faf and I have been friends since we were at school together and two days before the World Cup squad was announced, I contacted him for a chat, de Villiers said in a statement the screenshots of which were posted on his social media handles.

I had been in decent form during the Indian Premier League and casually repeated what I had said when asked a year earlier, that I was available if required but only if required. I made absolutely no demand at all. I certainly did not try to force my way into the World Cup squad on the eve of the tournament, and did not expect to be included. There was no burning issue from my side, and no sense of injustice, he said.

The controversy arose after it was revealed that de Villiers had allegedly demanded to be included in the South Africa squad just after their defeat to India in the World Cup.

ALSO READ: If AB de Villiers wanted to be at World Cup, he would be here: Ottis Gibson

de Villiers came in for criticism after the story broke and while the 35-year-old clarified that he had not demanded anything from du Plessis or the South African team management, he held no grudge against anyone for leaking the story.

Out of the blue, on the evening after the Proteas lost to India, suffering a third successive World Cup defeat, elements of our private conversation were disclosed to the media, and distorted to cast me in the worst possible light. The story was not leaked by me, or anybody associated with me, or by Faf. Maybe someone wanted to deflect criticism. I don t know, he revealed.

As a result, I was unfairly described as arrogant, selfish and indecisive, but with all humility, my conscience is clear. I retired for honest reasons and, when asked if I could be available for the World Cup, I agreed to keep the door open. In the event, understandably, the team moved on. No problem. I am not angry with anybody, de Villiers said. 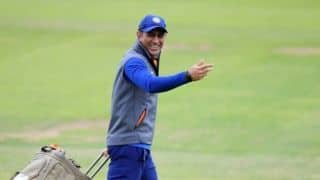 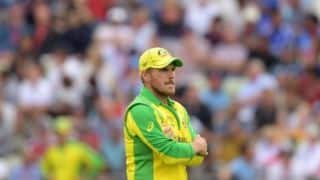