South Africa coach Ottis Gibson says he's frustrated to have to deal with the row over AB de Villiers' controversial late offer to play in the World Cup.

South Africa coach Ottis Gibson admitted on Saturday he was frustrated to have to deal with the row over AB de Villiers‘ controversial late offer to play in the World Cup.

It has emerged that De Villiers contacted Gibson and South Africa captain Faf du Plessis to tell them he was willing to come out of retirement.

But it was agreed that De Villiers, who retired from international cricket last year, had left it too late to be called up because it would not have been fair to other players who had featured against Pakistan and Sri Lanka ahead of the World Cup.

De Villiers’ offer had remained under wraps until after South Africa’s World Cup campaign plunged into crisis with a third successive defeat against India on Wednesday. Having lost all three matches against England, Bangladesh and India, Gibson’s side head into Monday’s clash with the West Indies likely needing to win their remaining six games to have a chance of making the semi-finals.

In the circumstances, Gibson was disappointed to have to deal with outside issues when he would rather be focusing on rescuing South Africa’s faltering World Cup challenge. Asked how the situation with De Villiers developed at his pre-match press conference in Southampton on Saturday, Gibson revealed he had spoken to the 35-year-old and told him he should have made it clear he was available earlier in the year.

“AB called me. I think it was the morning that the squad was going to be announced. A lot of other things had gone on before that, of course,” he said. “We had decided already that he left it too late because the door was left open up until December, and then after that to come this late in the day,” he added.

“He knew, if he really wanted to, he knew that those 10 games against Pakistan and Sri Lanka were vitally important for us because from March to the World Cup we won’t have any more cricket. But again, he knew that, and he’s made his choice.”

Ottis said: “Personally I suspect that there are a lot more people wanting AB to be here than AB himself because I believe that if AB wanted to be here, he would be here.”

Gibson’s quotes come after former Pakistan star Shoaib Akhtar accused De Villiers of putting money over his country. “Firstly, people must not forget that there was pressure on AB de Villiers to leave IPL and PSL contracts and make himself available for the World Cup. However, he chose the IPL and PSL, announced an early retirement and recused himself from the World Cup,” Akhtar said in a video posted on YouTube.

“So basically everything started with finance. I think when he took this decision, he did it looking at his finances and economics. I think he should have remembered that his country needs him. The money will come today or tomorrow but you make the call of making money and ignore the World Cup.”

With rumours swirling that Gibson will leave his role as South Africa coach after the World Cup, the current crisis on the field and the De Villiers issue off it threaten to cast a shadow over his reign.

Gibson admitted it was annoying to be bombarded with questions on the subject before such an important World Cup match. “I was thinking to myself, because since he’s retired we’ve won every series that we’ve played, and I haven’t had many AB questions. Suddenly we’ve come to the World Cup and we’ve had one bad week, and AB is the saviour, but the guy is retired, he’s made his decision, and we have to live with the decision that he’s made.” 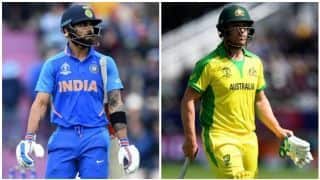 IND vs AUS, Match 14, Cricket World Cup 2019, LIVE streaming: Teams, time in IST and where to watch on TV and online in India 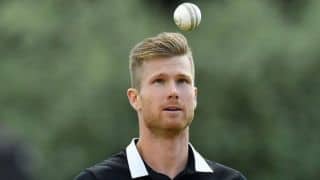