Karnataka batsman Mayank Agarwal has said his hard work has finally paid off after he received a maiden call-up in the India Test squad for the upcoming West Indies series on Saturday.

Karnataka batsman Mayank Agarwal has said his hard work has finally paid off after he received a maiden call-up in the India Test squad for the upcoming West Indies series on Saturday.

With his rich form in India’s domestic circuit be it first-class cricket or limited-overs, Agarwal has been making the right noise for some time now. He was ignored for the England tour despite a record-breaking Ranji Trophy season when he scored 1160 runs.

“My hard work has paid off but there is a long way to go,” Agarwal was quoted as saying by The Indian Express on Sunday. “It is just a start. I will try to keep the same momentum if I get a chance to play for India.”

Despite ignorance from India selectors, the 27-year-old Agarwal, who averages 50.32 in 43 first-class matches, remained hopeful with batting legend Rahul Dravid advising him to focus on his game and not fret about the future.

“Rahul bhai (Dravid) told me to focus on what I can control and to be in the present. He told me if I keep performing then what is bound to happen will happen. I always believed that hard work would pay finally. He told me that I have a good work ethic and when someone like Rahul bhai tells you that you are going in the right direction it means a lot. Everyone needs someone senior as a guide and I am thankful that he was there for me,” Agarwal said.

Agarwal is currently representing Borad’s President XI in a warm-up game against Windies in Vadodara. On the opening day of the fixture, the opener scored 90.

He revealed that his mother couldn’t control her emotions on hearing the news and he also thanked his Karnataka captain Vinay Kumar for keeping his faith in him.

“Actually our coach (BPXI) Abhay Sharma had told me earlier but I waited for a confirmation. I’m looking forward to the Test series. I spoke to my parents, my mother wasn’t able to control her emotions. Also I called up Karnataka captain Vinay Kumar to thank him for backing me when I was about to be dropped from the Ranji team a few years ago. In the next game, I scored 300-odd runs and have not looked back since,” he said. 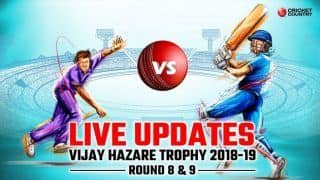 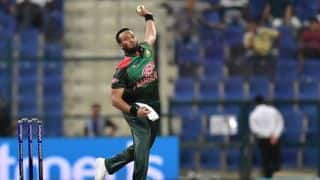