Australia fast bowler John Hastings on Tuesday revealed that he is forced to retire from all forms of the game due to a mystery lung condition which continues to scare him.

Hastings, 32, has had repeated incidents where he has coughed up blood while running in to bowl. The allrounder has been dealing with the condition for a few years, but having been sidelined from the upcoming Big Bash League (BBL) where he has played for Melbourne Stars for seven seasons, he has now pondered the severity of having blood vessels bursting in his lungs while he delivers a cricket ball.

“There was just a lot of grey area surrounding long-term health, whether it was causing any damage, and if there was any potential to have a fatal bleed on the field,” Hastings was quoted as saying by the Sydney Morning Herald on Tuesday.

“They just really couldn’t say yes or no. And I wasn’t happy with that. It was a pretty tough little period, the last five or six months, but I’ve come to terms with it now, and I’m pretty comfortable with where it’s all at.

“I would have loved a Big Bash title. That would have been unbelievable because I think it’s an amazing competition. And we had our chances with the Stars throughout the years. [But] it wasn’t to be.”

The 33-year-old Hastings, who has played one Test, 29 ODIs and nine T20Is for Australia, hung up his whites and ODI uniform in October 2017.

During his county career, Hastings has played 75 first-class matches for Victoria at home and Durham and Worcestershire. He has also played 113 List A matches and recorded 179 wickets at an average of 27.59. He achieved his best figures of 6 for 45 during a game against Sri Lanka in August 2016.

Now, after retirement, Hastings, who has also played for Indian Premier League (IPL) franchise Kolkata Knight Riders and Chennai Super Kings, plans on opening a cafe next year along with his wife Briannan and her cousins, in Frankston South.

“That’s going to be called ‘Mr Frankie’. I’ll be in there helping out, trying to sell some coffees, and we’re just going through the process of liquor licensing,” he said.

“There’s an opportunity in the market down there to provide something fresh, new and fun.” 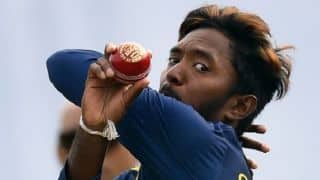 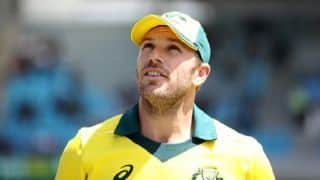