BCCI president-in-exile running out of time as he is losing out on support ahead of the AGM; Srinivasan calls for meeting on Feb 5 to chalk course of action.

With 12 of the 42 days already gone, time is running out for Board of Control for Cricket in India’s (BCCI) president-in-exile N Srinivasan to order his most trusted lieutenant and board secretary Sanjay Patel to summon the next Annual General Meeting within the next nine days in order to comply with the Supreme Court directions. The Tamil Nadu strongman who has been barred by the Apex court from contesting elections (till he lets go of his commercial interests in the board), wants to test waters before doing so. And, he is not leaving any stone unturned before announcing his group’s candidature to take on none other than the strongman from Maharashtra, Sharad Pawar.

DNA has reliably learnt that Pawar, who has ruled as BCCI and International Cricket Council (ICC) president in the past, has let his close aides be known that ‘come what may, he will contest the board’s elections’. Sensing the seriousness of the crisis that his group is facing in the wake of Pawar’s candidature, Srinivasan is fighting the battle of his life to keep his ‘core group’ intact by calling for a meeting on February 5 in Chennai. But the way things are going, it looks almost certain that he is not expecting any backing from some of those who were supporting him through his good and bad days.

And one of them is Anurag Thakur, president of Himachal Pradesh Cricket Association, who was seen alongside Srinivasan all through his presidency. This paper has already reported that all BJP-controlled cricket associations, which are eight in number, along with three govt organisations (Railways, Universities and Services), are awaiting signal from the top (read Amit Shah) to finally commit their loyalties. This has reduced the Srinivasan camp to a single digit — down from earlier 18 votes that he always counted upon — and even a couple of his so-called loyalists are ready to rock the boat in times to come to save their own positions.

As per a BJP insider, who is also involved with the affairs of the BCCI, any decision regarding the next elections would only be taken after the Delhi elections slated for February 7. “Our president Amit Shahji will certainly consult all concerned members before reaching a decision but only after the Delhi elections are over,” said the source. It has been learnt that Pawar is expected to meet Shah and another senior member Arun Jaitley soon to chalk out the final strategy for BCCI elections around that time.

It must be mentioned here that there has been an attempt by Srinivasan camp to project former Indian Premier League (IPL) commissioner Rajiv Shukla as next president. But according to reliable sources, there are hardly any takers for his name. Another important association that has fallen out of Srinivasan’s kitty is Delhi where president Sneh Bansal has been voted out of power by its executive board on charges of corruption. The Delhi and District Cricket Association (DDCA) has authorised senior vice-president CK Khanna to vote in BCCI matters and he has always been seen as a Jagmohan Dalmiya sympathiser.When two more North Zone associations were asked if they received any invite from Srinivasan, they replied in the negative. This simply means that Srinivasan has come to terms with lack of support from six of the total North Zone associations.

“He got five out of six North votes last time but will be reduced to just one (read Haryana) this time around. His defeat is imminent and what he is trying right now is to keep at least six to eight loyalists together by promising them some sops,” said a senior BCCI official from East Zone. The BCCI rulebook stipulates at least 21 days notice for the AGM to be called. The working committee will have to meet latest by February 12 to finalise the date and venue. 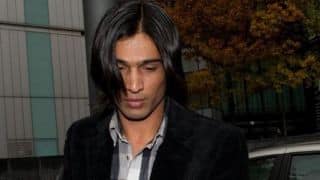