Sethi accused Ashraf of spurning a good chance for Pakistan to benefit from the changes in the proposal.

Pakistan Cricket Board (PCB) chairman, Najam Sethi has lashed out at his predecessor, Zaka Ashraf for mishandling the ‘Big Three’ issue and leaving Pakistan in danger of being isolated in world cricket.

Speaking at a function in Islamabad, Sethi defended his decision to support the wholesale governance changes and new financial model in the International Cricket Council (ICC) which have allowed India, Australia and England to take a driving seat in the sport’s world governing body.

“When I was out for a while this Big three was mishandled and we were fed with talk about honor and shame,” he said. “We lost a golden opportunity to gain a lot from these changes and there was a time when we were even in danger of being isolated in international cricket. If this issue had been handled wisely we could have gained more. But due to lack of foresight Pakistan lost out in the new future tours program as by the time we took damage control steps most boards had already entered into bilateral agreements with other boards,” he noted.

Sethi said Pakistan had still managed to gain a lot from the changes in the ICC at the recent annual conference in Melbourne. “Financially we are looking towards a more stable future and we have series lined up with India and most importantly by being on the executive committee Pakistan now has a direct say in the most important issues of world cricket,” he said.

Sethi was PCB chairman when India, England and Australia first dropped the Big three plan but he was replaced by Zaka Ashraf last year due to a court order. Thereafter, Ashraf attended atleast two decisive meetings of the ICC in which the Big three issue was decided and Pakistan in those meetings decided to oppose the structural and radical governance changes.

But when Sethi came back to power in place of Ashraf he changed Pakistan’s stance on the Big three issue. “We were late in taking decisive decisions and by that time even countries like Bangladesh, Sri Lanka and South Africa in their own benefit had gone ahead and decided to support the changes,” he said.

Sethi also called upon the Supreme Court of Pakistan to give a decision on the petition pending before it regarding who should head the PCB. “We have appealed against Zaka Ashraf and we hope the court decides the case soon. Because this uncertainty in Pakistan cricket has to be ended once for all,” he said. Sethi made it clear that because of the changes ordered by the courts in the PCB he had been unable to work properly or take strong decisions. “We have now prepared a new constitution that will if approved once for all end this uncertainty in the board.” 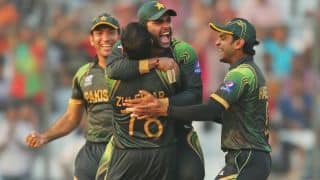 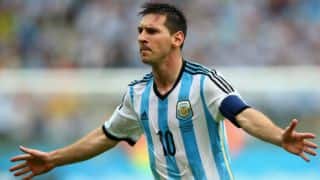 Lionel Messi is the best in the world, says Angel di Maria