Coulter-Nile leaves Perth Scorchers for Melbourne Stars after being them since the start of the Big Bash League.

Nathan Coulter-Nile, who had a mixed ICC Cricket World Cup 2019, losing his spot in the playing XI midway through the tournament, admitted that it will be an uphill task for him to wear Australia‘s Baggy Green.

Coulter-Nile, who turns 32 in October, accepts he may never add to his 37 first-class appearances.

I feel like it s left me. It s honestly just a bit hard for me. The body just doesn t like it, doesn t like backing up day after day. If I could see a way around it where I could improve my batting to the standard where I could sort of bat at No. 7 and bowl 10 overs a day then I d think about it but that s a long way off at the moment, Coulter-Nile told Western Australian on Wednesday.

With his red-ball dream over, Coulter-Nile, who leaves Perth Scorchers for Melbourne Stars after being them since the start of the Big Bash League, will continue to strive in the limited overs format and will seek help from his friends Adam Zampa, Marcus Stoinis and Peter Handscomb, all of whom were also part of Australia s World Cup journey.

No other team really had three blokes like that that I get on with really well, that I could see myself spending a lot of time with over the summer, Coulter-Nile said.

He never envisaged leave Scorchers behind. It was definitely the hardest decision of my career. It was a bit of a weird one. I d never been off contract before. It came to the end of last season and I hadn t heard anything from the Scorchers, Coulter-Nile said.

By the time the Scorchers came up with what they had to offer I couldn t refuse what the Stars had to offer me [Perth] didn t offer anywhere near it.

He added that the hardest person to tell of his decision was nine-year-old daughter Amelie. She said she s still going to barrack for the Scorchers!”

Elaborating on his World Cup journey, Coulter-Nile said: It was obviously the pinnacle of my career, being a white-ball cricketer. I built it up so much. When I got there, it was just another game of cricket. It was really fun, I really enjoyed it. Just disappointed we didn t make it the whole way. 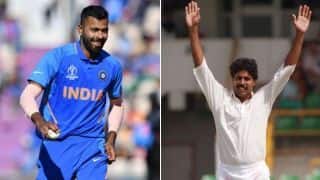