He is the second overseas players on Hurricanes' roster for BBL 09 after Jofra Archer.

Hobart Hurricanes have extended the contract of Afghanistan legspinner Qais Ahmad for the ninth season of the Big Bash League (BBL).

Ahmad, who was signed last year as a replacement for injured England fast bowler Tymal Mills, is the second overseas players on Hurricanes’ roster for BBL 09 after Jofra Archer.

Ahmad played three matches for Hurricanes in the last BBL season, from which he managed eight wickets. Hobart coach Adrian Griffith backed the spinner – who turns 19 this month – for further success in the BBL.

“Qais showed a lot in his three games with us last season and really impressed, it was an easy decision to bring him back,” he said. “He spins the ball well both ways for someone so young and provides a level of energy that we like in the field.”

(READ: David Warner not a certainty for Big Bash League)

He burst into the limelight in early 2018 when he finished as Afghanistan Under-19s’ leading wicket-taker at the junior World Cup in Zealand. In October 2018, his five wickets in the final of the inaugural Afghanistan Premier League T20 set up a title triumph for Balkh Legends.

Ahmad has also played for St Lucia Stars in the Caribbean Premier League and Bangladesh Premier League. He took seven wickets in eight CPL games, with an economy rate of 7.60.

“I’m thrilled to be returning to the Hobart Hurricanes for a full season after a great start there last summer,” he said. “It’s clear to me that this team has success in them and I can’t wait to be a part of that in front of the fans in Tasmania.”

This month, playing for Afghanistan A on their tour of Bangladesh, Ahmad claimed 13 wickets in two first-class fixtures and two from three List A games. 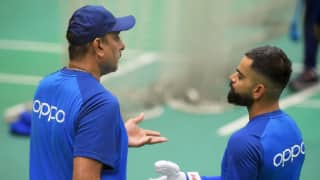 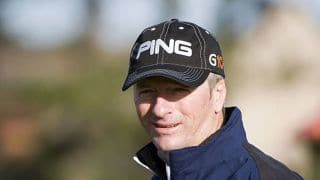