Ricky Ponting has called on Australian players to help Nathan Lyon get over the disappointment.

Ben Stokes hit the headlines with yet another stunning performance engineering a remarkable turnaround in the third Test that gave England a memorable one-wicket win to draw level in the ongoing Ashes at 1-1 on Sunday.

However, spare a thought for Australian bowler Nathan Lyon who twice came close to sealing the win with England just two runs away from victory.

The first instance was when Stokes played a reverse sweep off him and non-striker Jack Leach set off for a quick single. However, he was sent back midway and by that time Pat Cummins had released the ball back to Lyon who failed to collect it properly allowing Leach to return safely.

In the same over, he then trapped Stoke lbw but umpire Joel Wilson turned down the appeal. Replays showed the ball would have crashed on the stumps, but Australia had already consumed both their reviews and were left with none, leaving the Lyon heartbroken.

Former captain Ricky Ponting has called on Australian players to help Lyon get over the disappointment as he believes the offspinner must be feeling ‘terrible’ having let his team down.

“He’ll feel terrible at the moment, he’ll feel like he’s let his team down,” Ponting told cricket.com.au. “But that happens in the game. He’s won so many games for Australia as well. He’s got 350-odd Test wickets, so he’s done lots right through his career. And we’ve all had moments like that where you’ve dropped a catch or missed a run-out or played a bad shot at the wrong time and you do feel bad about it for a while.

He added, “But it’s up to his mates to get him up. That’s the bottom line.”

Stokes made an unbeaten 135, an innings that helped England pull off a stunning chase of 359. When Stuart Broad was pinned lbw, the hosts had lost their ninth wicket with 73 still needed to win.

It was then than the England allrounder launched an astonishing counterattack belting 11 fours and eight sixes and sealed the win with a four, sending the packed Headingley crowd into frenzy.

“I’ve seen some great innings in the past and I’ve seen better batting than that when you think about classical Test match innings,” Ponting said of Stokes. “But when you consider the situation of the game and where the series is at, with nine and down 70-odd to win and then just to put your foot down like that knowing it’s all up to you and to keep your team in the series, it’s pretty special.”

Despite the defeat, Ponting still believes that Australia have been the better of the two teams and will bounce back. “They can bounce back, they have just got to believe what they’ve done so far is good enough to win every Test match they’ve played. They had their chances to win at Lord’s as well with a couple of catches put down and a couple of reviews they didn’t use,” he said. 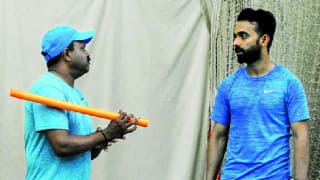