The announcement of Sidhu's wife joining congress party was done last week by Captain Amarinder after the party high command finalised the terms of her joining.

Cricketer-turned-politician Navjot Singh Sidhu‘s wife Navjot Kaur has formally joined India’s oldest political party, the Indian National Congress (INC). She joined the party at INC headquarters in New Delhi on Monday. Along with her, former Olympian Pargat Singh also joined the party in the presence of former Punjab Chief Minister Captain Amarinder Singh and spokesperson Randeep Surjewala. Well, Sidhu and his wife are among the rare couples who share the first name. After Sidhu, the only known cricketing couple to have the same name is Manpreet Gony and his wife Manpreet. ALSO READ: 7 instances when commentators got a bit too carried away

The announcement of Sidhu’s wife joining congress party was done last week by Captain Amarinder after the party high command finalised the terms of her joining. Sidhu, who is currently the leader of his new party ‘Awaaz-E-Punjab’ is also expected to join Congress soon as it seemed apparent after Amarinder’s comment. “If Mrs Sidhu is here, then can he stay behind?,” said Amarinder. But after this, Navjot Kaur took the mike from Amarinder and explained, “We are two bodies but one soul. So a body can’t stay without the soul… he has to come.”

Sidhu recently resigned from Rajya Sabha and BJP membership in September this year and announced to launch his own party ‘Awaaz-E-Punjab’. The assembly elections are expected to be held early next year along side Uttar Pradesh, Uttarakhand, Manipur and Goa. India vs England: Alastair Cook and team to cool off in Dubai before 4th Test in Mumbai 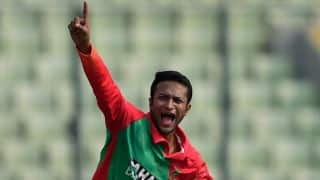