Despite the Board of Control for Cricket in India’s (BCCI) strict eligibility criteria for the position of National selectors, the advertisement has received a huge response. A few norms of the board demand, candidates to be below the age of 60 years, and also that they, should have quit the game five years back and not be associated with any IPL team, coaching academy or a media house. According to TOI sources, former wicketkeepers Nayan Mongia, Sameer Dighe, left-arm spinner Nilesh Kulkarni and seamer Abey Kuruvilla have submitted their applications for the post. Other former domestic cricketers who have applied for various positions include Shishir Hattangadi, Pritam Gandhe, Shantanu Sugwekar, Robin Singh (jr). Venkatesh Prasad, too has applied for the job.

Meanwhile, the deadline for submitting applications was by 5 PM IST on Wednesday. “I am very keen to become a national selector,” Mongia said as quoted by TOI. The wicketkeeper-batsman has played in 40 Tests and 140 ODIs for India. Mongia has been both, a senior and junior selector with the Baroda Cricket Association (BCA) for four years. The BCCI had laid down a set of 14 points for applicatns who want to apply for the posts of Senior, Junior and Women national selectors. READ: BCCI invites applications for National Selectors

“Having played cricket for Mumbai and India, I feel it’s time to give back to the sport which has helped me build my professional career first in cricket, and later, in sports management education,” said Kulkarni, who has played in three Tests and 10 ODIs for India.

Dighe played in six Tests and 23 ODIs, who has been a selector for Mumbai at various levels, was working under the National Cricket Academy (NCA) for five years, while he has also coached the Tripura’s Ranji team. 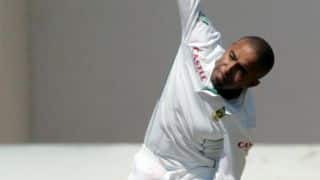