'Need to Back My Ability, I Know I Can Get in Done' - Shai Hope On Prospect of Repeating Headingley Heroics

'Need to Back My Ability, I Know I Can Get in Done' - Shai Hope On Prospect of Repeating Headingley Heroic

While Hope has endured an average run in red-ball cricket. his stocks have soared in ODIs.

It’s been three years since Shai Hope recorded twin centuries in the Headingley Test against England setting up a famous victory.

It’s been three years since Hope has reached three figures in the format.

With West Indies preparing for the three-match series against England next month, questions are bound to arise whether Hope can replicate his efforts this time around and regain the form that made him one of the brightest batting talents to have emerged from the Caribbean islands in recent times.

“I just need to have the continued belief in myself, back my ability because I know I can get it done, it’s not like I haven’t done it before,” Hope told media via a video conference. “It’s a case of making sure I make the most of these opportunities and do whatever I can to make the team win. Obviously, you’re going to be hard on yourself, especially when you know you can get something done but it’s not really portraying on the stats,” he said.

While Hope has endured an average run in red-ball cricket. his stocks have soared in ODIs. He averages an excellent 52.20 in 78 ODIs with nine centuries and 17 fifties.

While he may have been enjoying a purple patch in limited-overs cricket, the 26-year-old reiterates Test cricket remains his favourite format.

“Red-ball batting is definitely my favourite part of the game but the runs and the stats aren’t exactly where we want them to be, but I’m working towards that. I can’t pinpoint anything (wrong) at this stage, because I wouldn’t say my preparation has changed,” he said.

So does his technique need adjustment?

“I don’t think it’s anything major when it comes to my technical side of the game. There are certain things you can tweak, as you go along. I would probably say it’s more of a mental thing. Hopefully, I can turn it around and move on from there,” he said.

International cricket will resume with the three-match Test series between England and West Indies from July 8 after all professional cricket came to a halt in March due to the coronavirus pandemic. 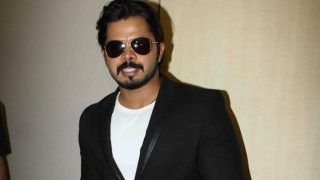