Catch live updates of the World T20 qualifier between Netherlands and Zimbabwe.

(Netherlands take on Zimbabwe in the Group B qualifier of the ICC World T20 2014 at Sylhet. Catch live cricket scores of the T20 World Cup match in our live blog below.)

Toss: Netherlands captain Peter Borren has won the toss and has decided to bat first. Zimbabwe will be led by Brendan Taylor.

Hello and welcome to CricketCountry’s live blog of the Netherlands vs Zimbabwe ICC World T20 Group B qualifying match at Sylhet on Wednesday. This is Shrikant Shankar and I will be bringing you the over-by-over updates of the match.

Tom Coooper’s all-round show helped Netherlands beat United Arab Emirates (UAE) by six wickets in their ICC World T20 2014 Group B Qualifier match at Sylhet on Monday. Cooper, who claimed two wickets in the first innings, scored a crucial 34 not out off 26 balls to help his side win. After bowling out UAE for 151, the Netherlands achieved the target in 18.5 overs with six wickets in hand.

On the other hand, Ireland are coming off from a thrilling last-ball win over Zimbabwe in their opening match. 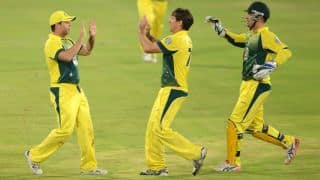 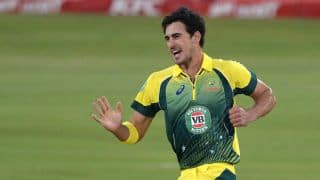