East has six votes — one each from Bengal, Assam, Jharkhand, Odisha, Tripura and National Cricket Club.

After the sudden demise of Jagmohan Dalmiya the internal politics in Board of Control for Cricket in India (BCCI) has been activated. After Dalmiya, who will be the next President of the richest and most powerful cricket Board of the world? Chairman of IPL Rajiv Shukla and head of Mumbai Cricket Association (MCA) Sharad Pawar — till now, these are the names going around in the media for the post of interim President. However, this is the term of East Zone to nominate their candidate for the vacant post. As of now, there is only one name coming out from the region  — Amitabh Choudhary, head of Jharkhand State Cricket Association (JSCA) and current joint secretary of the Board. At present he is looking like the front runner for the post. READ: Jagmohan Dalmiya: The man who redefined rules of cricket administration

East has six votes — one each from Bengal, Assam, Jharkhand, Odisha, Tripura and National Cricket Club. At this moment Choudhary is likely to get all of those. “The East Zone states want that somebody from the zone becomes the president. At this point of time, Choudhary fits the bill perfectly,” a top BCCI official from East Zone recently told PTI. READ: Jagmohan Dalmiya: Indian cricket’s first Godfather

“He had been an IPS officer, has managed Jharkhand State Cricket Association (JSCA), has attended AGM and is an office-bearer. At least, four East Zone units will back Chaudhary’s candidature. Our contention is till 2017, it should be someone from the East Zone. If not, then one can’t rule out the possibility of an election. You can be rest assured if Pawar fights, CAB and NCC (kind of Dalmiya’s family club) won’t vote for him,” the senior East Zone official further said. READ: Amitabh Chaudhary should be next BCCI President: East Zone

According to our sources N Srinivasan has a big role to play to project Choudhary as the lone candidate from East. The JSCA President and former IPS officer is known as a Srinivasan loyalist. In East, Srinivasan still has a lot of support. So, to keep his position as the Chairman of International Cricket Council (ICC), Choudhary is looking like Srinivasan’s best bet.

Meanwhile, the upcoming Special General Body Meeting of the BCCI is likely to get deferred from proposed 15-day schedule till BCCI gets clarity on Srinivasan’s participation from the Supreme Court. So, in this tentative 20-day window all camps in the board will go all-out to secure their interests. 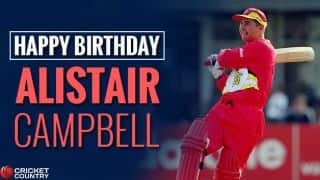