New Zealand dropped Ryder and Bracewell over their booze-fuelled antics.

The selectors turned to Otago all-rounder Jimmy Neesham and Canterbury batsman Tom Latham after dropping Ryder and Bracewell over their booze-fuelled antics before the first Test in Auckland.

Neesham is on standby in case of a late injury to the New Zealand’s bowling attack, while Latham will replace Ross Taylor if the veteran’s second child, expected at any time, has not arrived by the start of the Test.

“We see James Neesham as a genuine all-rounder who can play a number of roles for us,” selector Bruce Edgar said.

“Tom’s an incredibly exciting prospect and is constantly pushing for selection. If called upon, we’re confident that he’ll take the opportunity with both hands.”

If Taylor plays in the match beginning in Wellington on Friday it will mean their starting line-up has been unchanged for four successive Tests, an unusually settled period for the New Zealand team.

Over that time, they have enjoyed a 2-0 series win over the West Indies and scored a 40-run victory over India in a thrilling opening Test.

“We’ve been able to keep a settled side recently and strung together some successful results along the way,” Edgar said. “We hope to keep that going, but are well aware India will come back at us hard.”

Ryder and Bracewell were fined and ruled out of contention for the Wellington Test after going on a late-night drinking session on the eve of the first match. 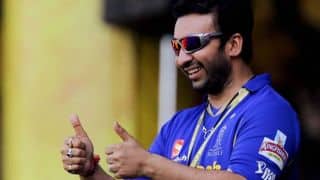 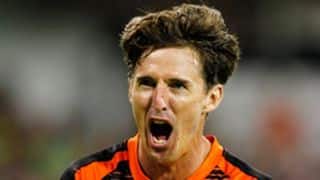