Brendon McCullum said his team will be going for the jugular to maintain the rage.

New Zealand skipper Brendon McCullum said the hosts will go for the kill in the second and final Test against India to send the visitors empty-handed from the tour.

The second Test will start at the Basin Reserve on Friday. The hosts lead the two-match series 1-0, after winning the opener at Auckland by 40 runs.

McCullum said his team will be going for the jugular to maintain the rage against the struggling Indians.

“We allways play to win. That’s how we will look to try and operate in this match as well and hence the selections we have made are trying to play to our strengths and we think the pace and the bounce that we will be able to generate from this wicket will play to our advantage,” McCullum said at the pre-match press conference.

The selection he was referring to was regarding the playing eleven for New Zealand, which has already been named ahead of this second Test.

Ross Taylor will miss the match owing to the birth of his second child, while Ish Sodhi has been dropped considering a green wicket. Tom Latham will bat at number four and James Neesham comes in for Sodhi, both playing their first Test.

“We have two debutants tomorrow. Ross’s situation is that he is obviously ruled out of this game. Family comes first and Tom Latham will come into replace him. It will be a straight swap and he will bat number four. And we just think with this wicket, the best method of attack against the Indian side is to roll out another seamer, so Jimmy Neesham comes in for Ish Sodhi as well,” he said.

“Kane Williamson will be our spin option. But we have got five other bowling options. Hopefully, his role with the ball will not impact too much his ability to bat at number three for us,” he added.

This brings the pitch into focus and it is expected to be similar to the one rolled out for the Test versus West Indies in December. New Zealand won that match by an innings within three days, yet another boost for them.

“I think the pitch looks a little bit greener than what we had against the West Indies. It looks a bit harder as well.

We expect a bit of pace and bounce and bit of sideways movement too. Although what worked for us best against the West Indies was the ability for us to swing the ball in the air, so if there’s not too much wind the ball seems to swing here. That’s what is forecast for the next few days and hopefully we will be able to generate that swing and obviously that will be a key attacking weapon for us,” said the skipper.

“The toss is likely to go against me. But, obviously, we will look to have a bowl if we win the toss. But if we find ourselves batting, with Neesham coming in at number eight, there is quite a bit of batting.

“We found ourselves in some precarious positions having to bat first so far in the summer and we have come through those tests pretty well. We have one more big effort if we do find ourselves batting first on this wicket to make sure we get a competitive total in that first innings,” he said.

McCullum was referring to being reduced to 30/3 in the first innings at Eden Park, and it was his double hundred that then took his side to 503 runs. But the Black Caps should also be worried that the Indian bowling got their act together in the second innings and bowled them out for a paltry 105 runs.

“If you are looking at the perfect game, then we wanted more than a 100 in that second innings but the beauty was we had more than 500 on the board in the first innings. I thought they bowled outstandingly well.

“MS (Dhoni) mentioned that it was probably the best they had bowled in the last 3-4 years and hence they got the rewards against us. So, I guess those things happen at times and we want to tidy that area up a little bit, there is no doubt in that,” he said.

Meanwhile, back in India, McCullum was bought by Chennai Super Kings, while Corey Anderson will turn out for Mumbai Indians in the new IPL season. It was a mixed bag though as several Kiwi players also went unsold.

“Corey is obviously a commodity that everyone wanted and he is an exciting talent for us and I am sure his education that he will get by playing in the IPL will certainly increase his cricket awareness and knowledge in a short space of time.

Matt Henry was picked as well.

“It’s pretty exciting to see a young guy like that doing well and he is obviously in my team as well, so I am pretty happy about that. It’s just a shame a few of the other guys missed out, hopefully they get picked up later today,” the skipper said. 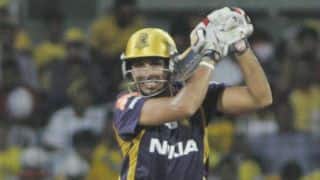 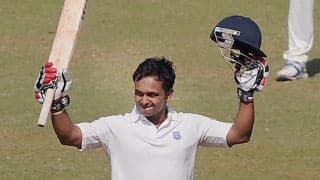