Chasing 166, New Zealand needed seven runs from the final over but managed to only level the scores with the contest being decided by the Super Over. New Zealand opener Colin Munro has said losing two consecutive T20Is in Super Overs has hurt them saying Indian team is on such a roll that they manage to find a way to win games from difficult positions.

Chasing 166, New Zealand needed seven runs from the final over but managed to only level the scores with the contest being decided by the Super Over. The third T20I in Hamilton also had the same fate as India sealed the series with a stunning victory.

“That’s cricket isn’t it?” Munro said of Friday’s heart-breaking result. “We put ourselves in positions to win both of those games I thought. But India, with the roll they’re on at the moment and the cricket that they’re playing, they always just find a way. And then Super Over is a bit of luck each way. It can go either way I reckon.”

He continued “We’re all sitting in the sheds now and talking about it and hurting that we have let two games like that slip. And, I put my hand up too. We talk about running quickly between the wickets and then I was dawdling with that second one, and (Virat) Kohli picks up and does some magical work and that’s it. There are a few guys that are hurting. But we are tight in our group and we will bounce back, come Sunday hopefully.”

India were struggling at 88/6 after being put in to bat first but rebounded to post a competitive total. In reply, New Zealand were cruising in their chase with Munro and Tim Seifert hitting half-centuries. The pair had added 74 runs for the second wicket before being separated.

However, Munro’s run out opened up an opportunity which allowed the tourists to crawl back into the contest.

Munro, who scored 64 off 47 said, “I thought I should come out a bit harder and play some shots early. To be brutally honest, they’ve bowled really well to me after that first game in Eden Park. They’ve come straighter at me and put two guys out on the leg-side and sort of attacked my body a lot more.

“And the nature of the new-ball on this wicket and it was sticky and holding a bit every now and again. It probably was nice for me to show that maturity and getting through that tough phase against the new-ball and getting myself in and very disappointed with the way I got out but it’s nice to sort of contribute to a team total,” he said.

Munro was brilliantly run out by Kohli that triggered the comeback. “I just saw Shardul throw towards the wicket-keeper’s end or the bowler’s end, whichever one it was, and I saw it going over and I thought oh well it’s going to the non-danger end for me, and when I saw Kohli catch the ball and spin around, then I thought crap I’m in a bit of trouble here. And then he hit like he usually does,” he said.

Despite trailing the five-match series 0-4, Munro said his team hasn’t been that bad as the scoreline suggests. “It’s not like we’re being blown off the park. 202 in the first game and they chased it down. The only game where we probably didn’t step up to our standards was the second one at Eden Park, where we fell 15-20 runs short. I think we’ve been playing some good cricket. India have just been 1 or 2 per cent better than us,” he said. 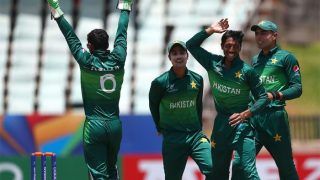