New Zealand will play Tests in Kanpur, Kolkata and Indore, followed by a five-match one-day series against India.

New Zealand selectors kept faith with out-of form opener Martin Guptill Tuesday, naming him in a 15-man squad for a three-Test tour of India. Guptill failed with the bat in two Tests against South Africa last month, reinforcing the impression he struggles in the five-day game, despite his limited overs talents. He averages 43.25 in one-dayers but just 29.59 in Tests and can expect a torrid time against world number two India. In retaining the 29-year-old, New Zealand have rejected the chance to blood Jeet Raval, who is familiar with Indian conditions after playing his youth cricket there. The other notable feature of the squad was a recall for allrounder Jimmy Neesham after an injury-enforced absence from international cricket. FULL CRICKET SCORECARD: India vs New Zealand 2016, 1st Test at Kanpur

“Jimmy has put in a lot of work to make sure he is physically ready for a return to Test cricket,” selector Gavin Larsen said. “Having two pace bowling allrounders in Jimmy and Doug Bracewell helps the balance of the squad, particularly if playing on pitches which demand a spin-heavy bowling attack,” he added. READ: Zaheer Khan: India vs New Zealand Test series will be an even battle

Larsen said India’s home record was formidable but the Black Caps were looking for a historic series win. “We’re yet to win a Test series over there and that’s motivating for everyone,” he said. “We’ve got three Tests to try create a special piece of history,” he said.

New Zealand will play Tests in Kanpur, Kolkata and Indore, followed by a five-match one-day series against India. 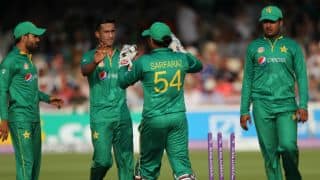 Pakistan vs England 2016: Pakistan marks out of 10 in ODIs 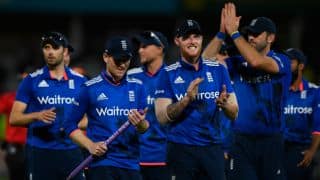