New Zealand Cricket also mentioned that the game will be played with pink ball at Auckland's Eden Park in 2018.

New Zealand on Friday unveiled plans to host a day-night Test against England as part of a packed home international schedule for the next two seasons. New Zealand Cricket (NZC) said the fixture, to be played under lights with a pink ball, would take place at Auckland’s Eden Park in 2018 “pending agreement and approval”. “While we can t confirm it yet, it s something we re extremely interested in and working towards,” NZC chief executive David White said. NZC did not specify when the proposed pink-ball Test would take place but the ICC’s Future Tours Programme has England’s tour of New Zealand scheduled for February-April 2018. ALSO READ: New Zealand Cricket Chief Executive believes players need to accept pink ball Tests

Australia and New Zealand played the inaugural day-night Test in Adelaide last year, attracting huge crowds to rival those at limited-overs versions of the game. But players from both sides complained about the visibility and movement of the pink ball, while some conservatives claimed it undermined a Test tradition dating back to 1877. Former England captain Andrew Strauss joined England and Wales Cricket Board chairman Colin Graves in backing the concept this month, saying it was a matter of time before such a match was played in the sport’s birthplace. White argued earlier this month that dwindling crowds meant the five-day game could not survive without day-nighters. ALSO READ: NZ extend head coach Mike Hesson’s contract until 2019

“The last couple of years has seen a significant rise in interest in cricket and I think the schedule we ve locked in will help that interest continue to grow,” White said. 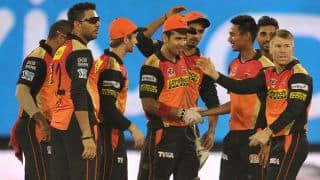 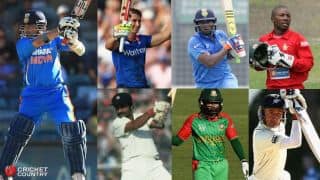