If Australia manages to win, they level out the series to retain the Chappell-Hadlee Trophy but if they lose they not only will they undergo a whitewash but will also slip to stand on the verge of slipping to No. 2 in the ICC ODI team rankings.

New Zealand stand on the brink of avenging the humiliating 0-3 whitewash that Australia meted out two months back if they win the third One-Day International (ODI) in Hamilton. The hosts pulled off a close win in the first ODI by 6 runs. Australian all-rounder Marcus Stoinis in only his second ODI and first in a year and a half produced one of the greatest ODI performances (146* and 3 for 49) but the Kiwis had the last laugh. The hosts were rewarded with an unassailable lead as the second ODI was washed out in Napier. Australia have a tough job ahead of them to avert the expected result given their current form and the lack of quality players in the side. The majority of their players either are nursing injuries or have been rested for the all-important tour of India, starting later this month. FULL CRICKET SCORECARD: New Zealand vs Australia, 3rd ODI at Hamilton

The situation has become very tricky for Australia. Their woes started the moment they set their foot in New Zealand. With Steven Smith and David Warner rested, Matthew Wade was given the responsibility to lead the side, but the attacking wicketkeeper-batsman too has been ruled out ahead of the first ODI due to a back injury. Aaron Finch has the responsibility now. A win at Hamilton may not help Australia to win the series but that will be enough for them to retain the prestigious Chappell-Hadlee Trophy.

With Wade already back in Australia and Peter Handscomb entrusted with the wicketkeeping role, the 21-year-old Queenslander southpaw Sam Heazlett is expected to be given another chance despite his failure at Eden Park.

Apart from Stoinis’s show, Australia otherwise had a pale outing at Eden Park. The batting failed miserably and their bowlers Mitchell Starc, Josh Hazlewood, James Faulkner failed to contain the opposition despite getting wickets at crucial times. They have suffered in the foreign conditions and will be hoping to get things rectified before they turn to India.

The failure of the top-order that comprises names like Finch, Travis Head, Shaun Marsh, Peter Handscomb, Glenn Maxwell was the primary reason for their failure in the first ODI.

As for the hosts, they have suffered a big setback as Martin Guptill has been ruled out. Guptill had scored 61 in the series opener providing a good start despite having lost his fellow partner and the in-form Tom Latham early in the game. But apart from this, the Kiwis will be happy with the form of Neil Broom (73) and Jimmy Neesham (48) who played almost a run-a-ball innings towards the end stages of the game to take their team to a good total.

With the likes of Trent Boult, Tim Southee, Colin Munro and Neesham handling the pace attack and Mitchell Santner and Ish Sodhi spin, New Zealand have a strong bowling department capable enough to rattle through any strong opposition. Sodhi has been included for the final ODI following his impressive run in BBL. Dean Brownlie is expected to make his international comeback after a gap of 2 years. He last played international cricket against Pakistan, in the UAE, in December 2014.

New Zealand are a lethal force at home and definitely hold the upper hand, given their familiarity with the conditions and availability of most of their key players. This is the perfect opportunity for the Kiwis to snatch back the Chappell-Hadlee Trophy at an expectedly dry surface at Seddon Park. The trans-Tasman rivalry takes a new shape as Kiwis take on their depleted neighbours with a lot at stake. 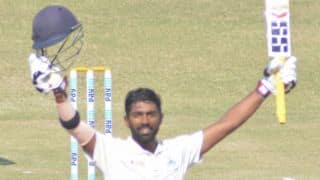 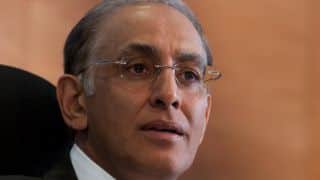