The attack on the Masjid Al Noor mosque in Hagley Park killed several people, the media in New Zealand reported.

The International Cricket Council (ICC) on Friday said it “fully supports” the cancellation of the third Test between New Zealand and Bangladesh in Christchurch after the visiting side had a narrow escape from a shooting attack at a mosque there. (READ: Bangladesh cricketers escape mosque shooting)

The Bangladesh team, which was about to enter the mosque to offer prayers, escaped unscathed but the prevailing situation led to the authorities calling off the third and final Test match starting Saturday. The match was the tour finale for the visitors.

“Our thoughts and sincere condolences go out to the families and friends of those affected by this horrendous incident in Christchurch. Both teams, staff and match officials are safe and the ICC fully supports the decision to cancel the Test match,” ICC Chief Executive David Richardson said.

New Zealand Prime Minister Jacinda Arden said the attack was an “unprecedented act of violence” and “one of New Zealand’s darkest days”.

“This is significant and I can tell you now this is and will be one of New Zealand’s darkest days. I would describe it as an unprecedented act of violence, an act that has absolutely no place in New Zealand. This is not who we are,” she said. 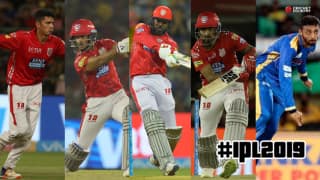