Walsh also added that the team is keen to bounce back in the Test series and will play their best eleven in the opener.

The tourists, who were handed a 3-0 whitewash in the ODIs are battling with many injuries as they seek a consolation victory. Experienced batsman Mushfiqur Rahim is grappling with the surfacing of an earlier rib injury and will be under observation.

“In the case of Mustafizur, we have to make sure he is fine and try to get him fresh. So, the question will be how many Tests the selectors want him to play here and once we know that we can monitor his workload,” Walsh was quoted as saying by BdCrictime.com on Tuesday.

“I think in this case it’s important to be communicative and we have to look what surface suits him here and it’s going to be hard for him to play all three Test matches in my estimation, if you want him to keep fresh.”

Walsh also added that the team is keen to bounce back in the Test series and will play their best eleven in the opener. However, he feels that Mustafizur, being the strike bowler, will carry a bit of workload.

“Obviously, we are here to win the Test series, so we have to look for the best team in the first Test and I am positive about it. So, he is probably going to carry a bit of workload and he knows that,” Walsh said.

“I have got to make sure he doesn’t over-bowl in practice or in practice matches. That’s my job and responsibility to try keep him fresh.

“If it’s up to me, yes, Rubel Hossain could play some more games because unfortunately, he didn’t play a lot of games here. He has done well in the Bangladesh Premier League (BPL) and most games for Bangladesh he has played. So, I think it’s important for him to play up until the ICC World Cup 2019 and to play as many matches as he can once he is been looked after,” he added. 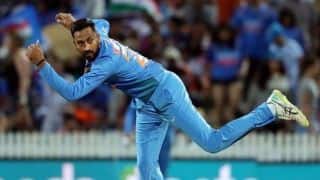 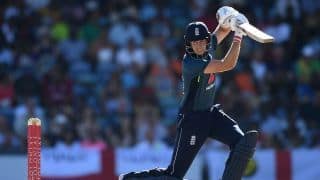