A final call on Williamson and BJ Watling will be taken after Friday's training session in Christchurch.

Hosts New Zealand are looking like being without their skipper Kane Williamson for the final Test against Bangladesh in Christchurch after he did not train with the team at Hagley Oval on Thursday.

Williamson had injured his shoulder while fielding on day three of the second Test at the Basin Reserve and experienced pain while batting the next day. An MRI scan Tuesday confirmed a grade one tear to his left pectoral minor muscle. (READ: Injured Kane Williamson may delay IPL departure)

The third Test starts Saturday, which leaves Williamson in a race against time to prove his fitness during Friday’s final training session. In the eventuality that Williamson is not passed fit, the uncapped batsman Will Young will likely get the nod.

In related news, the wicketkeeper BJ Watling appears on track to play the Test after he trained with the squad. Watling did not take the field at Basin Reserve on day five after hurting himself while warming-up before play, which was diagnosed as a left hamstring strain.

The New Zealand selectors on Wednesday added Tom Blundell to the Test squad as cover for Watling.

The batting coach Craig McMillan said a final call on Williamson and Watling will be made after practice Friday.

“I don’t like putting percentages on those types of things. Both have improved since Wellington,” he said. “We’re hopeful of both [playing], but we’ll wait and see how they pull through [on Friday]. If they’re not close to 100 per cent, they’re probably not worth the risk. We’ll have to see how they pull through the fitness and a bit of skill work and judge it from that.” 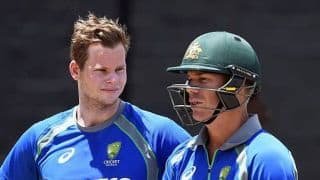 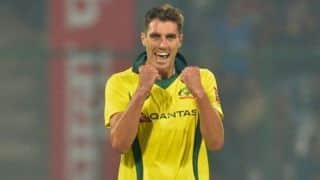