Recalled legspinner Todd Astle believes the home team has to brace for a stiff challenge.

Reaching No 2 in the ICC Test rankings for the first time in their history is an achievement New Zealand are bracing to defend against Bangladesh, fully aware that only a series win will keep them at second place.

Kane Williamson’s team needs to win the three-Test contest starting February 28 in Hamilton to stay No 2 in the ICC rankings, and the fact that in the last few weeks West Indies beat England 2-1 and Sri Lanka stunned South Africa 2-0 has them wary of Bangladesh’s threat.

“We’re certainly not taking them lightly,” said the recalled legspinner Todd Astle on Tuesday. “Last time they were here they put in some really good performances. And they’ve been able to beat England. And so for us we’re wanting to be at our best, and hopefully we can do that and have a good series win. It’s important moving into the test championship later in the year, which will be a new challenge.” (READ: New Zealand move to best-ever No 2)

Astle’s reference point regarding Bangladesh is the 2017 tour of New Zealand when the visitors made 537 in Wellington – they lost the series 0-2, however – and Test victories at home over England in 2016 and Australia in 207 as well as in Sri Lanka in 2017. Most recently, Bangladesh swept West Indies 2-0 at home.

Astle is back in New Zealand’s Test squad after he was sent home from the UAE in October with a knee injury, which then ruled him out of the home Tests with Sri Lanka in December. He played the last of his three Tests in March 2018. (READ: New Zealand recall Todd Astle for Bangladesh Test series)

“I know my role can vary greatly in New Zealand conditions, as a spinner. So I just try and get on with whatever role I’m needed to do, be it first innings, second innings, what the wicket looks like. So I’m just trying to put all those distractions, and other variables, out of my mind and go out there and give it my best shot. It’s nice to hopefully be back and get some regular opportunity. I’ve played for a number of years domestically for Canterbury, so now hopefully I can kick on and play a bit more internationally.” 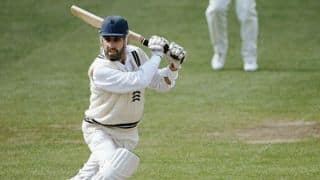 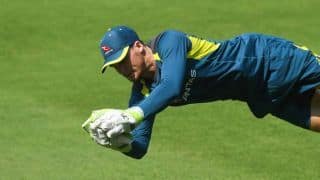