Malinga has taken over the captaincy from Dinesh Chandimal for the tour of New Zealand.

The allrounders Asela Gunaratne and Seekkuge Prasanna have returned to Sri Lanka s ODI and T20I squads for the tour of New Zealand in January. The pair have been named in a 17-member touring outfit captained by Lasith Malinga and featuring the recalled Angelo Mathews who has not played ODI since September and T20Is since August.

Malinga has been named captain of the ODI team in place of Dinesh Chandimal, having led only once previously – in August 2017. The veteran pace bowler made a return to Sri Lanka s ODI team in the Asia Cup and has played in all four ODIs versus England last month. The 35-year-old is Sri Lanka s leading T20I wicket-taker with 90 from 68 games.

ALSO READ: My stats will speak on behalf of me: Angelo Mathews

The wicketkeeper-batsman Niroshan Dickwella is the vice-captain for the tour.

Also included are the pace pair of Nuwan Pradeep and Lahiru Kumara, who both returned from injuries to Sri Lanka s Test squad already in New Zealand. Sri Lanka start their tour of New Zealand with the first Test at Wellington from Saturday followed by the Boxing Day Test at Christchurch s Hagley Oval. Three ODIs and one T20I follow in January. 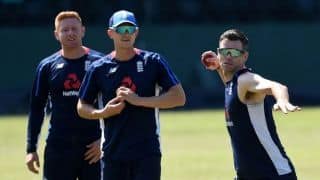 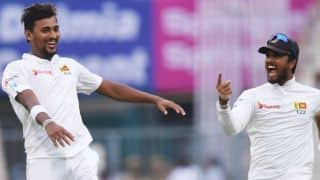