New Zealand on Sunday sought to promote business and people-to-people ties with India by using the platform of the Cricket World Cup 2015 to be hosted by it along with Australia. In a meeting with External Affairs Minister Sushma Swaraj on the sidelines of the ASEAN Regional Forum talks here, her New Zealand counterpart Murray McCully conveyed to her that his country wanted to seize the opportunity of enhancing ties with India by using linkages of cricket.

“The New Zealand Foreign Minister’s suggestion was that given the bridges cricket can build between the two countries, it will be useful to have series of visits linked with that event (2015 World Cup) both by business leaders and political leaders,” Ministry of External Affairs (MEA) spokesperson Syed Akbaruddin said. He said McCully felt that cricket has a resonance among common people in India and this could be the best way to “tap that resonance”.

Both the leaders also discussed various issues relating to bilateral ties. The MEA spokesperson said the New Zealand side expressed “excitement” in enhancing cooperation with India. He said a number of countries during their meetings conveyed the feeling that “this is the moment they can do lot of economic engagements” as they were encouraged by pro-active measures of the new Indian government. Swaraj yesterday had held separate bilateral meetings with her counterparts from seven countries including China, Australia, Canada, Vietnam and Indonesia.

On Sunday, she also met acting foreign minister of Thailand, Sihasak Phuangketkeow during which the possibility of having an early meeting of the Joint Commission between India and Thailand was discussed. The Thai minister also explained the current situation in his country. Swaraj also had separate bilateral meetings today with her Japanese counterpart Fumio Kishida and South Korean counterpart Yun Byung-se. 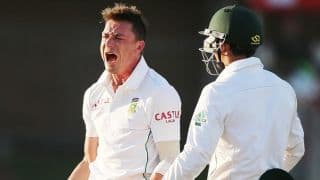