India take on Sri Lanka in Match 1 of the Nidahas Trophy 2018 on Tuesday.

Mumbai: Set to lead India’s pace attack in the upcoming Nidahas T20 Trophy in Sri Lanka, Jaydev Unadkat wants to use the opportunity to stake a claim in the ODI squad with an eye on the World Cup next year. Unadkat made his T20 debut against Zimbabwe at Harare in 2016 and was out of reckoning for over a year before he made a comeback in the home series against Sri Lanka in December. Now the seamer is looking ahead to the World T20 and the World Cup in England next year though he is not currently favoured for the 50-over format.

I will definitely think that this is a build up for the big tournaments coming up, not just the World T20, but the limited-overs World Cup as well. As I said, it is about pushing for place in the team, being able to execute skills in the middle now that I have the confidence of the (team) management and the skipper,” the left-arm pacer told PTI.

According to Unadkat, his plans against Sri Lanka would remain the same as he played against them in December and was named man of the series. “It will be an advantage, for sure, having known their strengths and how they play in situations. Those were T20s and we are again playing T20s. So that will be an advantage for us to plan things for their batsman in the middle and a couple of new guys are coming in and we will be looking to plan for them too,” he said. In the absence of senior pacers like Bhuvneshwar Kumar and Jasprit Bumrah who have been rested, the tri-nation T20 series involving India, hosts Sri Lanka and minnows Bangladesh has come as an ideal opportunity for the 26-year-old Saurashtra bowler.

“It (the tri-series) is a very good opportunity for me, having played a couple of series now with the Indian team. I am settling down in the team well and I have got the confidence to execute my skills out there at the international level, which I badly needed when I was making this comeback”, Unadkat said.

Unadkat had picked up four wickets in the home series against Sri Lanka. He then went to South Africa for the T20 Internationals and played in Johannesburg and Centurion, grabbing three wickets.

In his international T20 career, Unadkat has grabbed seven wickets in six games with best bowling figures of 2 for 15. The tri-series in Lanka begins on March 6 with India taking on Sri Lanka at the Premadasa Stadium in Colombo and the final will be held on March 18. Unadkat will spearhead the pace attack along with Mumbai s Shardul Thakur. Mohammed Siraj is the third paceman in the squad.

Unadkat, who returned with figures of 1/33 in Johannesburg and 2/42 in Centurion, said that the South Africa trip was a good learning curve. It (South Africa tour) was a good learning experience. The wickets were different and the boundaries were in fact, a bit smaller than what we are used to playing here in India. Experience wise it was good for me to bowl on those wickets and to those batsmen in their own backyard and the pressure was high of playing South Africa in South Africa,” he added. 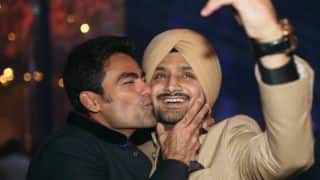