PCB has dropped 14 players from its central contract list

Mohammad Hafeez and Shoaib Malik were in the list of cricketers to lose their central contracts as Pakistan Cricket Board (PCB) named the list of contracted players for the next one year. Although they will be available for selection, the board confirmed in its release.

Skipper Sarfaraz Ahmed, Babar Azam and Yasir Shah have been retained in the top-most category. Shah, a Test regular, isn’t a permanent member in the limited-overs format as Shadab Khan continues to lead Pakistan‘s spin attack in white-ball cricket.

Mohammad Amir was demoted to Category C from A while Azhar Ali was also relegated to Category B. Amir retired from Test cricket last month, which could be the reason behind this demotion. Azhar, former Pakistan’s ODI captain, had quit 50-over format in 2018.

Imam-ul-Haq, Haris Sohail, Mohammad Abbas and Wahab Riaz were promoted to Category B from C. Riaz had made his comeback to ODI cricket – for World Cup 2019 after a period of two years and is expected to keep his place.

Shaheen Shah Afridi made a big jump from Category E to B. He has established himself in white-ball cricket and in expected to be given chances in red-ball cricket. Afridi scalped 16 wickets in five World Cup matches at 14.62, with best figures of 6/35.

Hassan Ali and Fakhar Zaman were surprisingly demoted from Category B to C. Both were a part of the squad for World Cup but could not contribute much. Zaman managed just 186 runs in eight matches. Hasan Ali remained out of playing XI for major part of World Cup and could just scalp two wickets in four matches.

Opener Abid Ali, who scored a century on his ODI debut against Australia earlier this year, and Usman Shinwari are new faces in the central contract list. 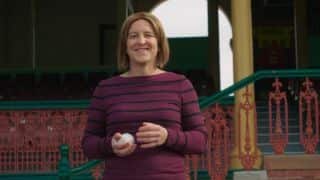 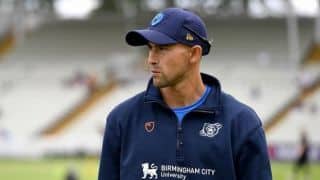