New Zealand found a way to burst through the 165-run stand between Fawad and Rizwan and sealed an important victory by 101 runs in the last hour of play.

New Zealand beat a resilient Pakistan by 101 runs in Mount Maunganui to take 1-0 lead in the two-match Test series on Wednesday. Just few minutes before the end of the fifth day’s play, Mitchell Santner induced a thick outside edge from the bat of Naseem Shah to complete another sensational win for New Zealand. Courtesy the win, the hosts earned a crucial 60 points in the ICC World Test Championship standings to keep their dream alive of making it to the final. If they win the ongoing Test series against Pakistan, they will go to the top of the ICC Test Team Rankings.

Pakistan entered the final day at 71 for three, needing 302 to win with seven wickets in hand. With a strong bowling attack, Kiwis’ looked favourites to topple Pakistan in the 90 overs they had at their disposal on the last day. However, batting at No.5 – Fawad Alam has some other plans as he brought up his second Test hundred, his first since 2009. Along with stand-in captain Mohammad Rizwan, Alam knitted a gritty 165-run stand for the fifth wicket to keep BlackCaps at bay.

The visiting team nearly dominated the first two sessions but it was New Zealand who regrouped after the tea break to turn the match on its head in the final session. Fawad and Mohammad Rizwan had completed their personal milestones at the beginning of the third session with Rizwan getting his fourth consecutive Test fifty.

The duo consumed 62.3 overs of the 90-over day during a flawless display of defensive batting and when they entered the final session it seemed that the game would end in a draw.

However, pace bowler Kyle Jamieson finally managed to provide his team a crucial breakthrough and ended the century-stand. He trapped Rizwan in front of the wicket for a 191-ball 60, forcing the umpire to reverse his decision and taking a successful lbw review. Soon after Fawad was caught down the leg-side off Neil Wagner while attempting to pull a short delivery, something he had let go during most of the final day’s play.

The floodgates opened and the last four wickets fell for 20 runs in 15 overs.

The last pair of Naseem Shah and Shaheen Afridi held out for 7.5 overs before Naseem was caught and bowled by Mitchell Santner with just 4.3 overs remaining in the match. All the five New Zealand bowlers picked two wickets each.

Skipper Kane Williamson got the man-of-the-match award for his 129 in first innings. 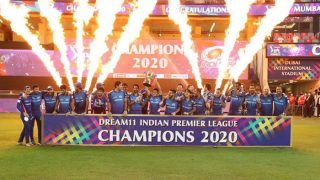