Experienced pacer Tim Southee’s brilliant four-wicket haul followed by half-centuries from wicketkeeper-batsman Tim Seifert and captain Kane Williamson helped New Zealand secure a comfortable nine-wicket win over Pakistan in the second T20I at the Seddon Park, Hamilton on Sunday. Chasing 164, the Black Caps rode on a brilliant 84 not out from Seifert and an unbeaten 57 from Williamson to comfortably chase down the target with four balls to spare. With this win, the Kiwis have gained an unassailable 2-0 lead in the three-match series.

Earlier, Pakistan’s veteran batsman Mohammad Hafeez played an unbeaten knock of 99 runs to take visitor’s total to 163/6, but the hosts made light work of the chase and in the end, the BlackCaps chased down the total with nine wickets in hand and four balls to spare.

New Zealand got off to a quickfire start as openers Martin Guptill and Seifert put on 35 runs in just 21 balls. However, Pakistan came back strongly as Faheem Ashraf dismissed Guptill (21) in the fourth over of the innings.

Skipper Kane Williamson then joined Seifert in the middle and the latter did not let the momentum drop for the hosts. At the halfway mark, New Zealand was sitting comfortably at 91/1, with just 73 runs away from the victory. In the end, Williamson and Seifert guided Kiwis to a nine-wicket win over Pakistan. Seifert and Williamson remained unbeaten on 84 and 57 respectively.

Opting to bat first, Pakistan got off to the worst start possible as the visitors lost its first four wickets with just 56 runs on the board. Haider Ali (8), Mohammad Rizwan (22), Abdullah Shafique (0), and Shadab Khan (4) all failed to leave a mark with the bat.

Hafeez and Khushdil Shah then retrieved the innings for the visitors as the duo put on 63 runs for the fifth wicket. This partnership saw Hafeez changing the gears and taking on Kiwi bowlers. But as soon as Pakistan started to gain an upper hand, the side lost wickets of Shah (14) and Faheem Ashraf (4), reducing them to 133/6 in the 18th over.

In the final two overs, Hafeez and Imad Wasim added 29 more runs to the total and as a result, Pakistan finished with a score of more than the 160-run mark. 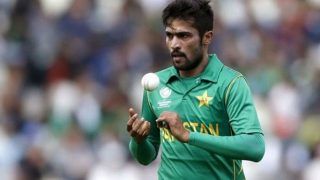 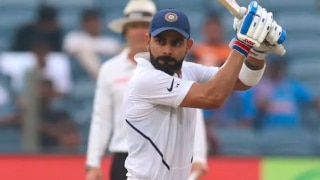