Bangladesh batsman Mominul Haque left behind a slump in form to score a memorable century on Day 1 of the second Test against Zimbabwe.

Bangladesh batsman Mominul Haque left behind a slump in form to score a memorable century on Day 1 of the second Test against Zimbabwe on Sunday. The hosts were reeling at 26/3 after opting to bat at the Shere Bangla National Stadium before Mominul and Mushfiqur Rahim hit centuries to revive their innings.

Mominul had managed 69 runs from his previous nine innings and after failing in the series opener in Sylhet, a Test Bangladesh went on to lose, the middle-order batsman was under pressure. He marked his return to form with a solid 161 off 247, an innings that was laced with 19 fours.

Despite scoring a century, Mominul felt he should have closed out the day unbeaten. “There’s a bit of regret, of course. My dismissal brought along another wicket. It would have been better had I batted for longer for the team. I think it is one of my best hundreds. It was an interesting innings. It was tougher than some of my other hundreds because it is a very interesting wicket,” Mominul was quoted as saying by Cricbuzz on Sunday.

He continued, “I should have scored in the last five or six innings. You get out of the rhythm sometimes. Maybe something goes wrong with the routine, which I try to maintain. I don’t try to complicate my batting. It is easier if you focus only on seeing the ball and playing the ball. You have to be mentally strong. Sometimes people say things when I am not scoring runs but that’s normal. Everyone would,” he added.

Mominul said the pitch was tricky so it was imperative for them to be fully focused on the job and not lose their wicket. “I think we were so focused on the job, we really didn’t think about getting to a fifty. It was the type of wicket where losing a wicket was always around the corner, so it was important that we were concentrating fully. Once we got out of the tough situation, we felt more comfortable. I think reaching a hundred always makes you emotional. I didn’t know what I was going to do.”

Together with Mushfiqur, Mominul added 266 runs for the fourth wicket. Mushfiqur remained unbeaten on 111 as Bangladesh finished at 303/5 – the first time they crossed 200 runs in nine innings.

“Mushfiqur bhai guided me throughout my innings. I found out why he is one of the top five players in Bangladesh. It really helped me. I think his input was important for me,” the 27-year-old said. 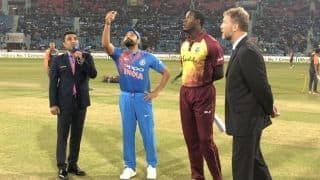 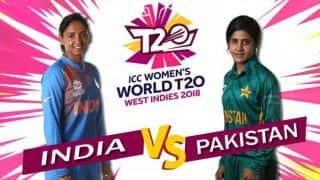