England assistant coach Paul Farbrace has termed India captain Virat Kohli as 'the best player in the world' judging by the amount of runs he has been scoring of late.

England assistant coach Paul Farbrace has termed India captain Virat Kohli as ‘the best player in the world’ judging by the amount of runs he has been scoring of late. Kohli recorded his second century of the ongoing five-match series on Monday as his 103 put India firmly in the driving seat of the Trent Bridge Test.

“You would be hard-pressed to argue against him being seen as the best player in the world at the moment. The way that he has developed, played through this series; he has played fantastically. It s fantastic to see someone playing the game in that way,” Farbrace was quoted as saying by the Hindustan Times on Tuesday.

Kohli’s previous outing on England shores in Test cricket was nothing much to write about. He had managed 134 in 10 innings a tally he surpassed in the first innings of the first Test at Edgbaston alone. Now, he has scored over 400 runs in six innings and continues to be the leading run-getter from either side in the series.

“He’s a high-quality player and he’s shown that he’s learned a lot on this tour alone. The way he has tinkered (his technique), the way he has practised and worked on his game, he thoroughly deserves the runs he s scored,” Farbrace observed.

England, on the other hand, have had a torrid time so far at Trent Bridge. In reply to India’s 329, they were all out on 161 in their first innings. And then, were left to chase a world-record 521-run target to win the Test. They still have to bat across six sessions to win/save the match.

Not only have they failed with the bat, their slip catching has been woeful. Kohli was dropped twice en route to his 149 at Edgbaston and on Monday was given a life on 93 when Keaton Jennings failed to hold on to a catch in the slip region.

Farbrace has advised England batsmen to take a leaf out of Kohli’s technique. “Our bowlers might argue that he’s been given too many chances, but the bloke has shown he is high quality. I’m a big believer in players learning from players. I think our players should be watching the way he has played, the way he lets the ball come. He almost takes the third and fourth slips out of the game the way he plays at the ball. So, you are looking for the best players to learn from the best players and trying to adapt their game to suit (them). And there is no better exponent of that than him,” he said. 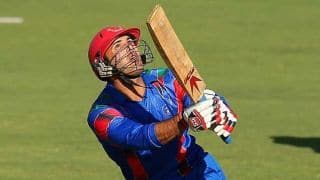