Controversial fast bowler Shoaib Akhtar has called for a performance based central contract system for the Pakistan cricketers and also said that players too needed to change their approach towards the game. 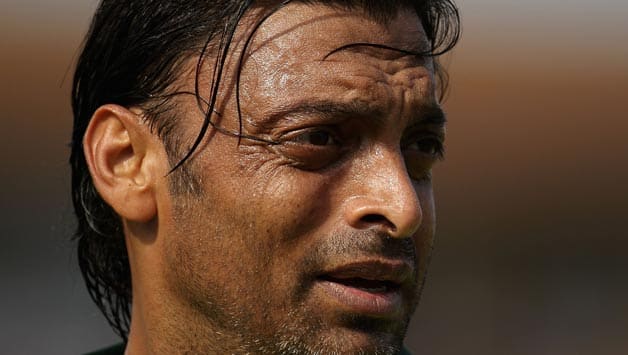 Controversial fast bowler Shoaib Akhtar has called for a performance based central contract system for the Pakistan cricketers and also said that players too needed to change their approach towards the game.

The pacer while advocating increased pay for the national team and domestic players also agreed that there needed to be a level of accountability for the players as well.

“I think players need to be paid more. Nothing wrong with that because cricket boards make money because of the players but they must also be held accountable for their performances and if a player does not perform upto mark he should be demoted in the central contract category immediately,” Akhtar said on Geo News channel on wednesday.

The fast bowler also predicted with more money coming into cricket because of the T20 foreign leagues such as the Indian Premier League (IPL), players will be forced to reconsider their playing options.

“It is going to happen because if a player is getting a hefty three to four year contract in a T20 league he will think about his future and how long he can continue to play in all formats of the game,” Akhtar said.

The former pacer said there were several examples in recent times where top players decided to quit other formats and focus on T20 cricket because they wanted to prolong their careers.

“Nowadays there is lot of money in cricket that is why at times I am amazed why someone as talented as Mohammad Aamer needed to do something wrong to earn money. He could have earned wealth beyond his imagination if he had only got an IPL contract and played for a English county.”

Akhtar, however, said players need to change their attitude and be more positive and aggressive.

“People now want to see attacking cricket. You can’t survive in the top if you don’t play aggressively and attack. To me Pakistan has a very good one-day side and is a top T20 squad but they only need to change their approach to the game,” Akhtar said.

He pointed out that it was disappointing that Pakistan didn’t go for a clean sweep or at least a 4-1 win over the West Indies in the ongoing one-day series in the Caribbean.

“Good teams don’t let go of such opportunities. We should have gone for a clean sweep because we were the much better team. If we don’t crush weak teams we can never hope to do well against the stronger sides in the world,” he said.

Akhtar also insisted that top and talented players make a good or unbeatable team not just a good system.

“Australia still has a very good cricket system but the moment they lost five to six of their best players look where they are today. Even India is today doing well because they have a good group of quality players,” he said.

“That is why I say when you have world class bowlers or batsmen try to nurse them through their careers which can than be prolonged.”