Younis Khan says there are many budding cricketers in Pakistan who want to emulate India captain Virat Kohli.

They might be arch-rivals on the field, but the relationship between Indian and Pakistani players is no different than that of other international players and that was highlighted once again by Younis Khan on Sunday.

A backbone of the Pakistan middle-order during his playing days, Younis even went a step further and said that there are many budding cricketers in his country who even look to emulate India captain Virat Kohli.

“Virat Kohli is also loved by Pakistanis. Today, many Pakistan players want to play like Kohli and be fit like him and have his body language. Even in the Asia Cup where he did not play, the stadiums weren’t jam-packed. He is a big factor for India in the World Cup,” Younis said during a TV show.

Earlier, speaking on the much spoken about rivalry, Kohli had said: “I think India-Pakistan is always a much anticipated match. We keep saying again and again. If you ask the players, it’s very different from how the fans feel. Yes, we feel the anticipation and excitement when we enter the stadium. But as soon as you enter the field, it’s very professional.

“It’s just another game you need to win as a team. Yes, it brings pressure because the atmosphere in the stadium is very different. But as soon as we enter the ground, it’s a game of cricket for all of us. We keep saying this again and again, but that’s the truth.

“In the World Cup, you first see the first four or five games you’re going to play. You play accordingly as a side. I don’t think we single out any team, all 10 teams are strong and can beat anyone. That makes the tournament exciting. If we play good cricket, we’ll be in a good position. Every team will want to focus on their skills.” 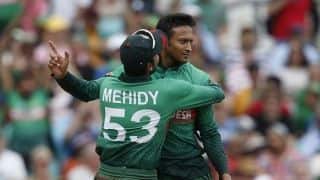